The Tower of London

The diary account of a mother and daughter's trip to the World continues....
7/9/05 Part 1. Waiting.
Another lovely hot day again. We took an earlier than usual train to Liverpool Street Station (day return: £1 for N and £18 for me - rather a big difference!) then the underground to Tower Hill. We bought tickets for the Tower from one of booths at the entrance. While we were waiting I took some views of the London skyline. 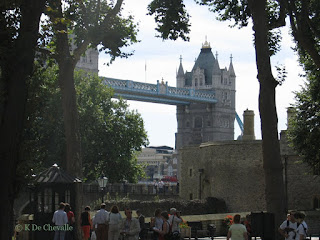 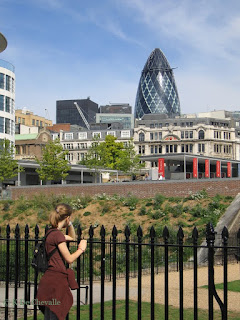 Londoners call the Swiss Bank 'The Gherkin'. It's easy to see why. 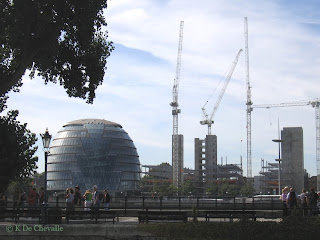 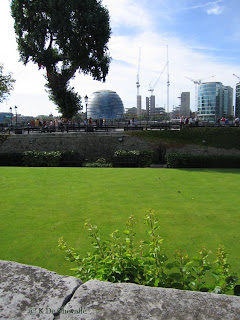 This view shows part of the Tower moat. 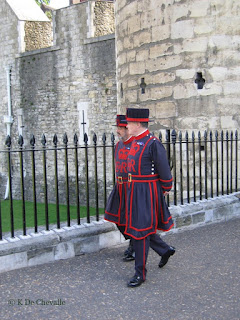 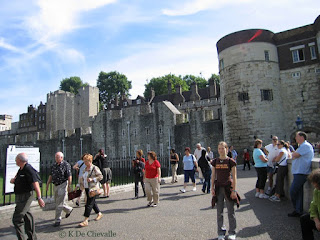 Last time we were here it was bucketing down. I remember peeking out of the underground at the torrential rain and saying to the kids - N was only five then - 'Let's leave it for another day'. Poor N has had to wait nearly ten years.
And the time before that, I was eleven and feeding bits of cornet off my ice cream to the pigeons. No sound guides back then. And you could spend as long as you liked gawping at the jooles. 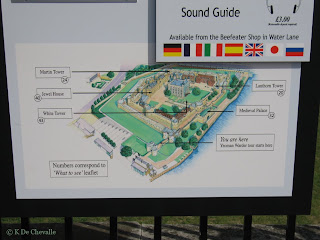 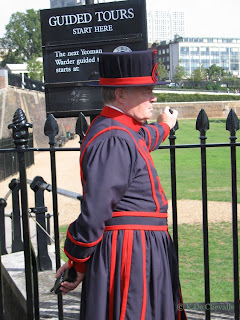 Our Yeoman Warder ('Beefeater' - but they don't like the term, apparently) was old, grumpy and jaded, and seemed not at all to be looking forward to showing us around, as he stood waiting by the railings with his RT in all his finery in the hot sun.
I suppose it was understandable. He'd probably shown a zillion people around before, and was very hot, to boot. But despite this, he was extremely interesting and we had a great tour.
Next: Part 2. The Tower.