Well, we are nearly there.  After more than three years of preparation, research and painting:  The Godwit Series is about to be shared with the world.

If anyone of my dear blogger friends are in New Zealand in two weeks time... do call in!
Opening night is 1st August 5.30pm - 7.00pm... nibbles and drinkies. 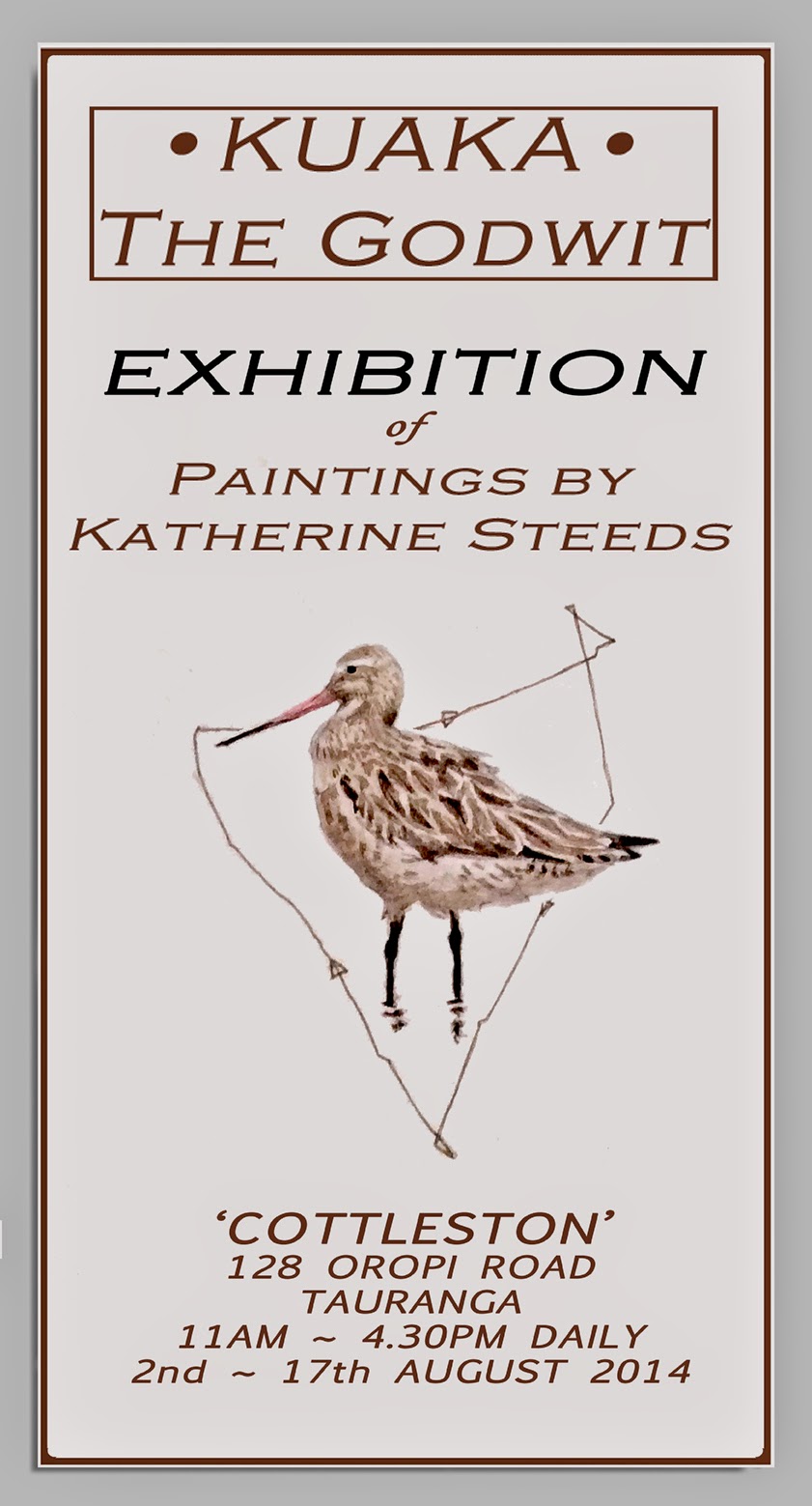 I've just heard that there's a gale warning for the Bay of Plenty.  It might explain why I felt vaguely uneasy down on the beach this morning.  The sky was millky and I could almost look directly at the sun.
However there were some nice patterns in the sand as the tide was very far out.
The whiter sand is lighter and gets 'sorted' to the top. 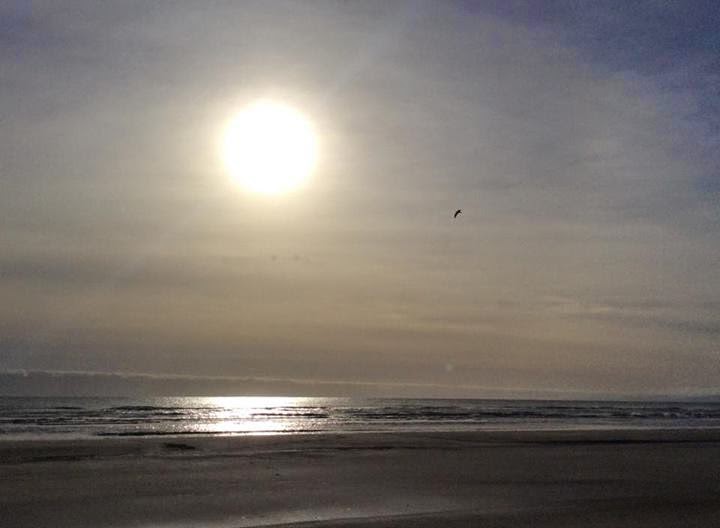 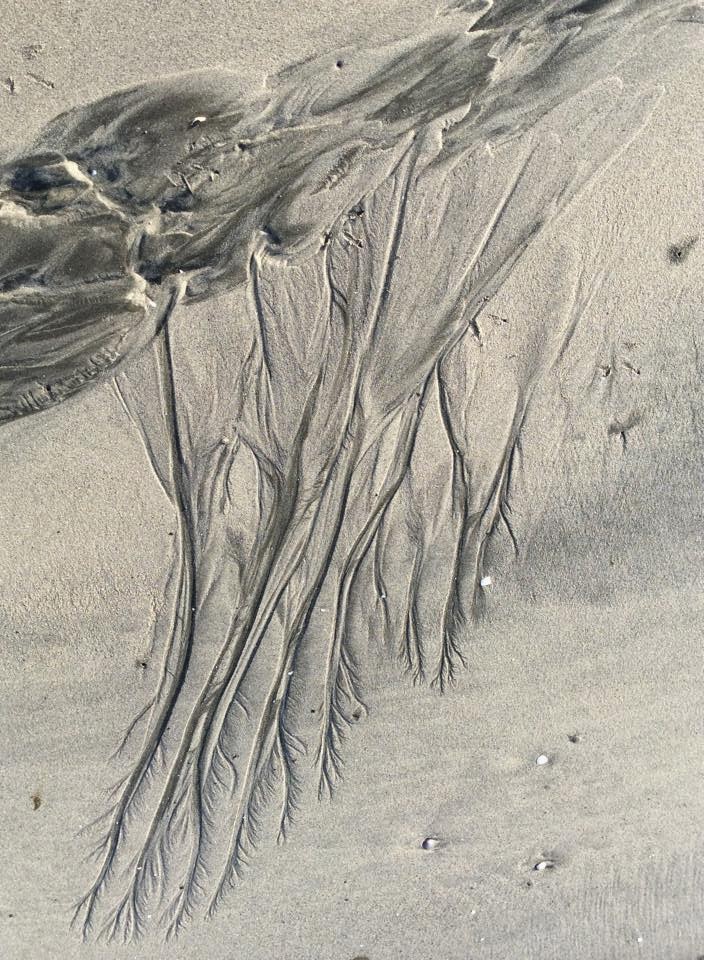 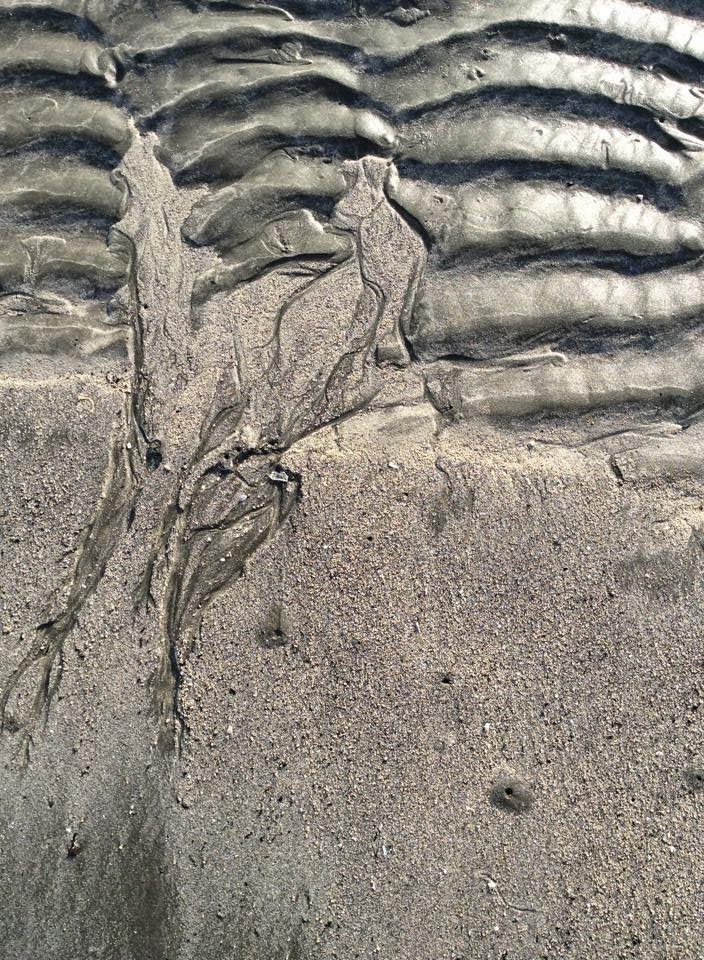 More gorgeousness.  Let me know when you want me to stop.

... on the beach at Ohope on World Knitting in Public Day a couple of weeks ago.
However, is it counted as 'public' when you have to wait for the only other person on the beach to walk the 15 minutes to get to you, to take your photo? 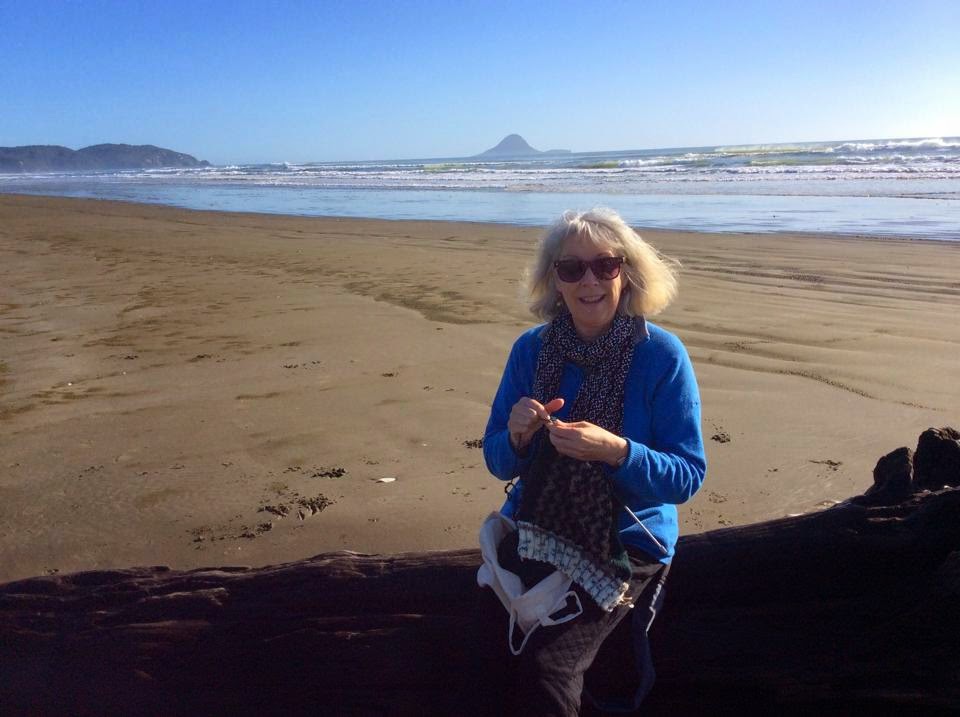 Just in case you were wondering, Ohope (Or-hor-pay), where I am house- and pet-sitting at the moment, is about 90 minutes traveling southeast(ish) from my home in Tauranga.  It is in the North Island of New Zealand, still on the same big bay - the Bay of Plenty - named by Captain James Cook in 1769, because the Maori were very generous here and he was able to resupply his ship with provisions. 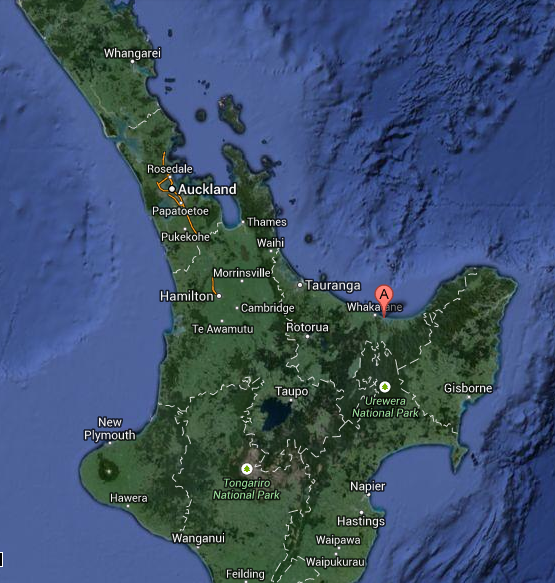 Although it was rather chilly this afternoon, I ventured out with the dogs. I'm glad I did because the clouds looked fantastic as the sun went down. It was hard to pick the best three images. 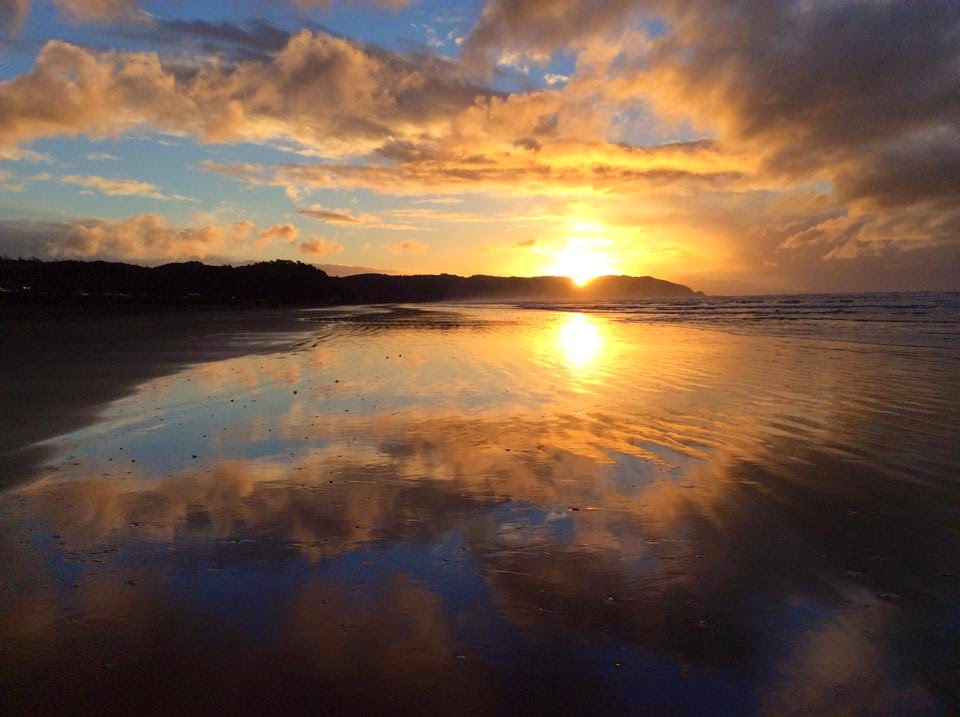 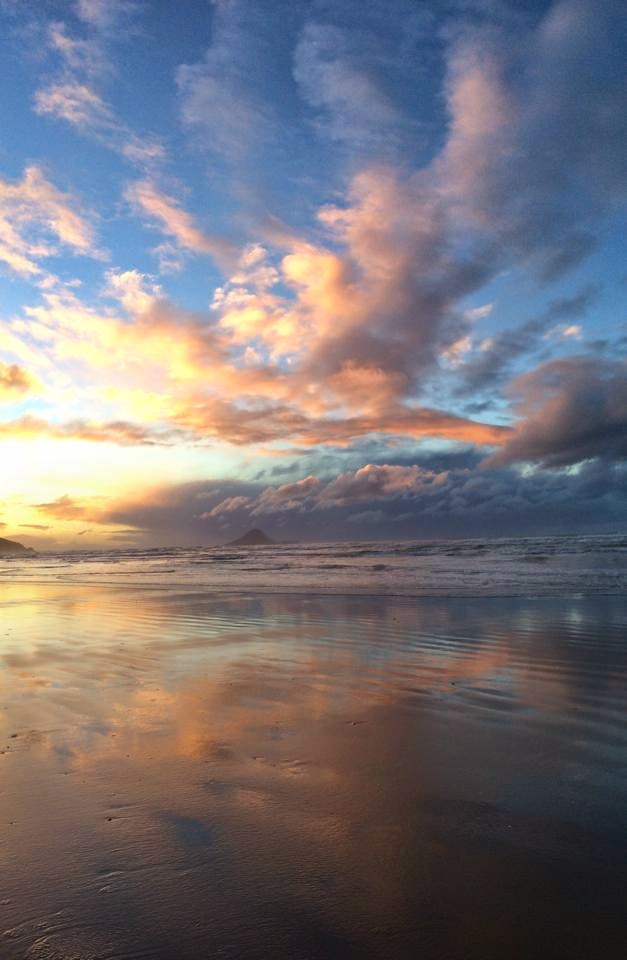 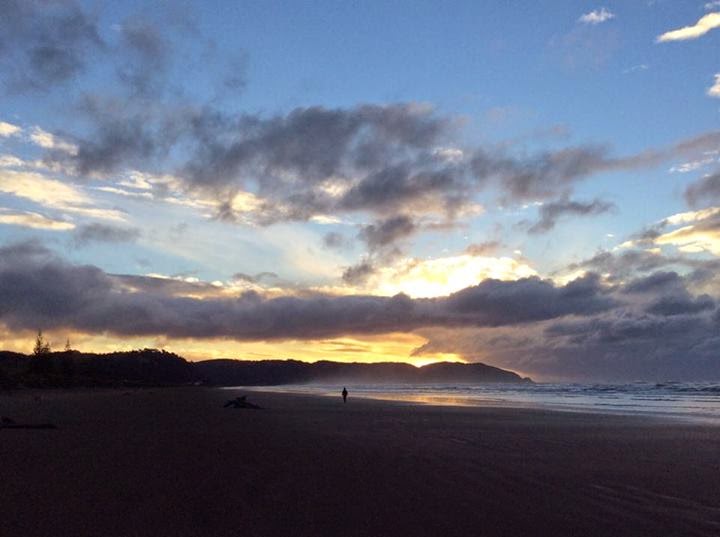 Since I was away

A friend found out she had cancer, and died about four weeks ago.  Undiagnosed, she was her usual bright and vivacious self at Aftermas on the 25th January.  Four months later, gone...

Another two friends have separated.

On the plus side, my daughter, after months and months of applications and interviews, has found a temporary job in a local cafe, and so is at least beginning to get financial again.

And we have had the builders in.


And as if there wasn't enough going on, I have set myself a place for my next exhibition:  At home here at TLVD mansion.
SO! Still to go: gallery spotlights and new pull-down stairs to the attic bedroom (so the entrance hall can be uncluttered for visitors).

And I have set myself a date for the opening for my exhibition:  1st August.
So! I've been madly organising lighting, and sparkies and builders and plumbers and getting quotes and stoking the media sites and visiting the framers....


And, as if that wasn't enough still I have been here at beautiful Ohope Beach, house- and pet-sitting for nearly five weeks, a week to go.  Walking 90 minutes a day on the beach, painting the Godwit Series works in the middle of the day.
And, after I get home to Tauranga at the end of next week, it will be only three weeks until my exhibition! 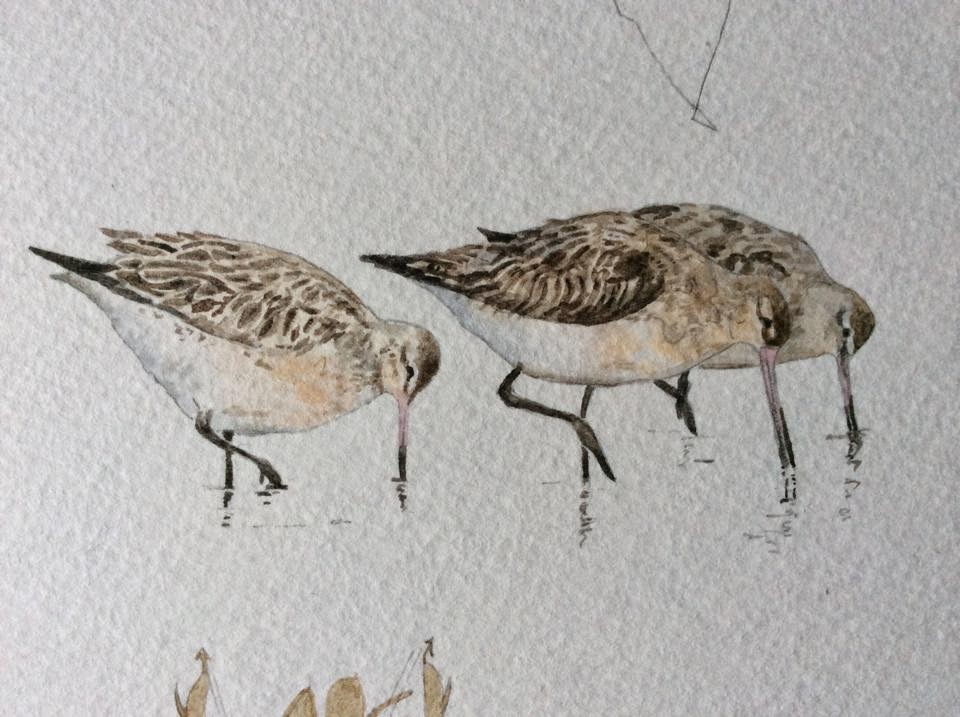 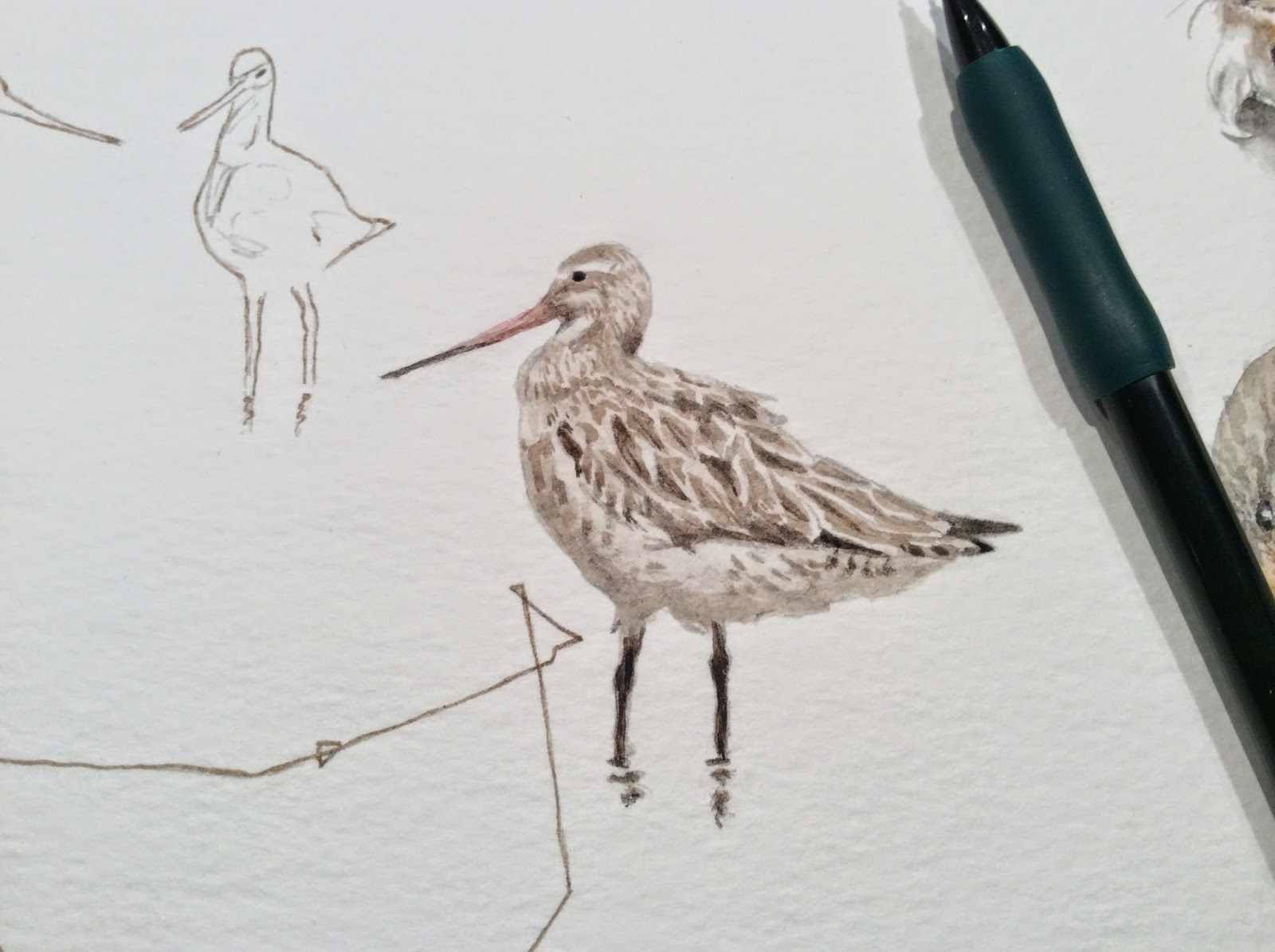