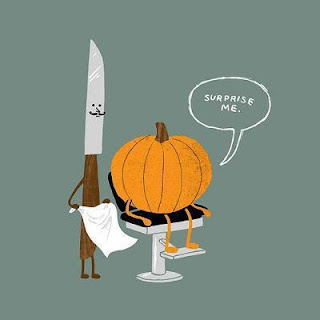 Interview with a Birder

Keith Woodley is the manager of the Miranda Shorebird Centre - the education, shop and accommodation centre - administered by the Miranda Naturalists' Trust, that I love to visit.
Recently he was interviewed for the Waikato Times Newspaper.
He talked about his background and how he came to be manager there for the last nearly 20 years, why he has enjoyed being a birder, and some of the current issues in the world of birds.

Click here for the article and the 4-minute interview.
10 comments:

Guess what arrived two days ago on our doorstep?
Many, many thanks to my kids for my early Christmas present.  I'm loving my new Kindle! 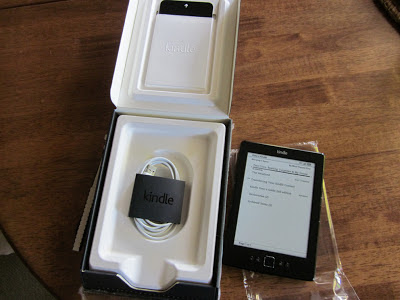 I know, I haven't returned to Melbourne yet.  But I will, before our trip to Australia becomes too old news.

But sometimes old news is still good news.
Here is an article I recently stumbled upon.
It was written by Victoria Finlay and published back in 1993 by the South China Morning Post.

If you would rather read it without clicking, this is what it said:


At 8.30 hrs on July 28, the report states, the Captain of HMS Peacock, Lieutenant Commander Sean Steeds, spotted a small body floating face down in the water about 6.5 kilometres due southwest of Green Island.
The crew members of the Peacock were immediately mobilised into action.
Their teamwork and the perfectly executed recovery operation resulted in a teddy bear, about a metre in height, being plucked from the waves.
It was in a soggy condition, but was otherwise diagnosed as being in good health.
The bear, who was too shocked to speak or to provide his name or address, was quartered in the wardroom - because the captain felt he would be more at home among the junior officers.
''It was lucky I happened to be out on the bridge wing at the time,'' said Lieutenant Commander Steeds. ''Otherwise, we might never have seen the poor little chap.
''When we first caught sight of him, I felt my stomach muscles tighten,'' he admitted.  But as we approached, the odd shape of its buttocks protruding from the water made us realise there was going to be something a little different about this rescue at sea.
''He is a jolly fellow, and he fits in well with the ship's company,'' Lieutenant Commander Steeds added.
Since the Royal Navy's duty patrol craft is unable to accommodate civilians while on operations, naval personnel were last night very anxious to locate the family of the teddy bear as soon as possible.
Failure to find his real home may result in him being put forward for adoption - and possibly having to run the gauntlet of living in the Tamar officers' mess at Stonecutters' Island, the navy warned.  But as joint services public relations spokesman Major Paddy Hartigan pointed out: ''The bonus would be that he would have the opportunity of meeting lots of other teddies.''

From the train from Moonee Ponds I was excited to catch a glimpse of a piece of bright architecture.  I've no idea what the building was (perhaps some reader will tell me) but I don't think I've ever seen anything so fun from a train before* given that backyards, the back end of anythings and grime are the usual sights from train windows.

It was a teaste: hint, prediction, prophesy, lit; 'teasing taste' of architecture to come.

However it wasn't so evident from the window of our apartment in our diminutive and cosy Crossley Hotel in Little Bourke Street where we stayed, although there were the usual shiny windows stretching up to the stratosphere, admixed with apartments with so much window the un-made beds can be viewed by all the world.


Which brings me to the sharks. Naïvely I thought the name of the restaurant opposite would be just a fun name - like calling a street Stoat's Nest Road or a cafe the Blue Moon. But TB gently suggested that they may indeed serve the infamous soup there.

Which got me thinking about how easy it is to get donations to save pandas and dolphins, but add big teeth or claws and remove fur...
To my shame I have discovered today that New Zealand is one of the few countries that allows fins to be taken (from dead sharks - I wonder how this bit is enforced?) and the other 98% of the shark thrown back into the sea.  Shocking.  The article linked below will take you about 3 minutes to read.  In that time 1800 sharks will be killed somewhere in the world.

I've become side-tracked.  More about the cool and zany Melbourne architecture next time.

* Except once I saw a London fox unhurriedly cross the maze of lines twenty seconds east out of Liverpool Street station.
11 comments:


A couple of weeks ago the Tall Boy and I flew off to Australia.

First stop after escaping customs at Melbourne was my uncle's home.
We had a cuppa and then a tour of his wonderful cavern-like music room which is full of all the kinds of equipment required to create the layers to make music CDs.

Next was a stroll to a lunch-time spot, then a post-lunch walk around the local wetlands area that, since the breaking of the drought, has filled with water and has been slowly filling up with more and more birds.

I doubt we'd have seen more than one or two, but when you're with TB, suddenly they seem to appear.  Almost all were new to me. 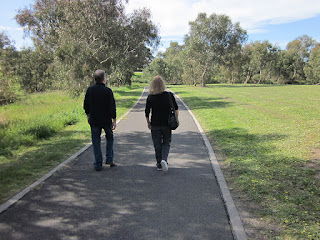 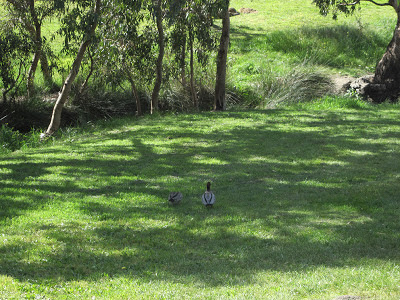 The Australian Wood Duck with its pretty patterned plumage is common throughout, but rather special in that it seems to have no living close relatives.
There was apparently one contender that in the late C17th was spotted within 100 miles from where I live in New Zealand, but before it could be properly identified, it became extinct*.  What a sad story!  This duck (Finsch's Duck) used to be the most common duck in New Zealand, weighed about twice the Aussie wood duck, and was probably flightless.

These big black birds surprised me by their sheer size and blackness, whenever I saw one lurking on the streets.  They seem so full of dark presence...  Poe chose well.

We had a lovely evening meal with the family, and the next day were taken as far as Moonee Ponds (where the famous Dame Edna Everage previously lived as an average Australian housewife) railway station to continue our travels into Melbourne city.

Just before we piled into the car, I noticed a spooky hairy creature on the trunk of the tree in the front garden.  I was sure it was a gigantic tarantula but on examining the camera images I was taking, it seemed to be a mass of black caterpillars huddled together.

My Aunt has identified these as sawfly larvae.  Probably the Steel-blue species.  If it is these, I'm glad I didn't climb up and get too close and annoy them, as they are also known as 'Spitfires', because they eject an irritating substance from their mouths when disturbed. 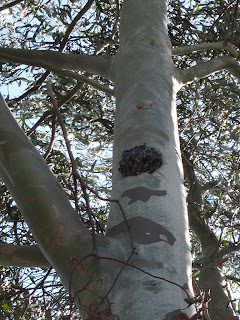 * It's the usual story -  Most likely a combination of human hunting and predation of eggs and chicks by the introduced Pacific rat.
16 comments:


Note to self:  Don't forget that leaves on the ground (or, as here in Kyoto, on stairs) are a landscape feature, albeit a short-lived and temporary one.
What breath-taking autumn colours!  These are Japanese maples I expect.  It looks like rhodos underneath, which of course would look so spectacular in spring.

Flew in to Auckland from Adelaide late on Tuesday evening.  Got in to Tauranga on the bus late last night.
In retrospect, I think the young man who was sitting next to me on the plane wasn't just tired, despite saying barely two words to me, refusing all food and drink, and sleeping a large part of the journey.
I suspect he had a cold.
Because this morning I awoke feeling decidedly seedy with a sore throat, headache, runny nose etc.  Bass addother box of tissues add the Vicks Vabour Rub blease.