(Yes, yes, I know, my desk top is an appalling mess.  I've been slack over the Christmas break.  I'll tidy it tomorrow.)

Pretty Much Wrapped Up

Well, it was a quiet one, and despite my bragging previous post, it wasn't blazing hot either.  Quite a relief after all the high temperatures previously.

Everyone seemed relaxed and merry in the shops ...


And the soft warm drizzle hazed the distance and was eagerly drunk by our blooming strawberry tree (previous post about it) and our Veggie-Garden-with-a-View. 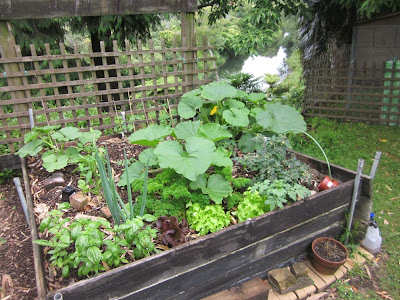 A healthy lunch was afterwards offset by rather too much chocolate, Christmas cake, mince pies and custard.  Never mind.  It's only once a year. 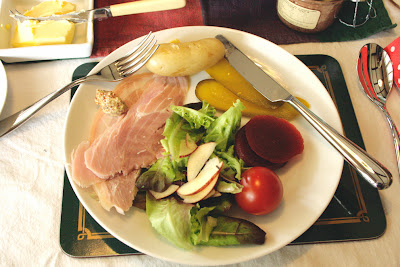 And then followed by the usual electronic play in the lounge amidst the debris. I have a new iPad, so I was having fun too! 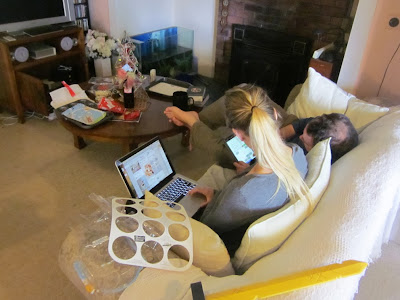 Want to do the odd strikethrough?
By the way if you don't know and always wondered, to cross out a word or words like this it's not too difficult.  Just go up and click the 'HTML' button (next to 'compose') and find the word(s) you want to strikethrough in amongst all that bewildering code.  Just before it, add and just after add .  Then go into 'compose' mode again.  Easy! You should find it has added a line through the words.

Editor:  Hmmm, it seems from the above that you don't even need to go into html!
Let's try those instructions again:
Just before it, add < s >  and after add < / s >     But without the spaces.


Despite having lived my entire life in New Zealand (except for a few months away in the rest of the world), I always imagine Christmas cold, dark, glowing with candlelight and smelling somewhere between Mrs Cratchit's Steamed Christmas pudding*, a pomander ball and a mandarin.

But let's get real.  Christmas in New Zealand is most often hot, and sunny and smells of new-mown lawn or hay or those gorgeous white Christmas lilies or smoky BBQ's or wet togs and wet dog at the beach.  It's wearing sun hats and jandals and going to the do-it-yourself shop to get something for Dad's summer project, and the Jaycees are having a fundraiser sausage sizzle at the doorway.
It's relaxing and extends well into January, and all the kids have at least 6 weeks off school.  It's the Big Holidays and catching up with friends and drinks and eating in the garden and swallows skimming over the river, bright summer flowers and not a robin nor a skerrick of holly to be seen.

This is a card that I bought just for you. I really did. Inside it says "Warmest wishes for this wonderful season".

But pretend, when I sent it to you, I scribbled that out and wrote:

This is the closest we get to a white Christmas in New Zealand.
Big Christmas hugs and peace and love and fun to you and your friends and family this Christmas time, wherever you are.

Love from Kate at The Last Visible Dog.
XXXXXX 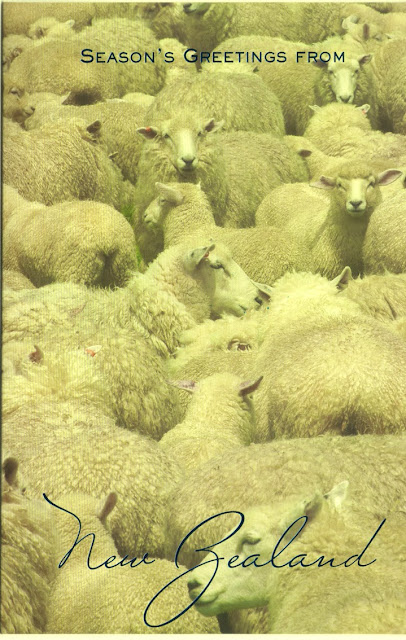 *"Hallo! A great deal of steam! The pudding was out of the copper. A smell like a washing-day! That was the cloth. A smell like an eating-house and a pastrycook’s next door to each other, with a laundress’s next door to that! That was the pudding. In half a minute Mrs Cratchit entered: flushed, but smiling proudly: with the pudding, like a speckled cannon-ball, so hard and firm, blazing in half of half-a-quartern of ignited brandy, and bedight with Christmas holly stuck into the top."
16 comments: 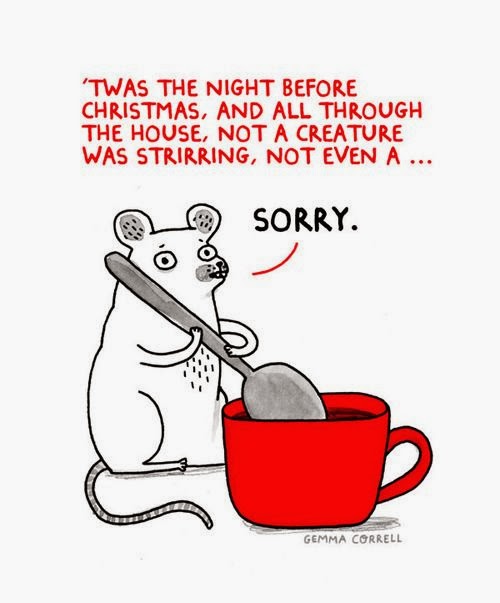 Son: Yes, please. Did you know that when ---- worked for Cadbury's she was in charge of the machine that made the marks on the top of the Roses turkish delights?

Son: Yes.  And one time, after she'd left, she bought a box and the turkish delight had no marks on it and she got really mad and emailed her old work-mates and told them off.  Apparently the machine had been playing up. 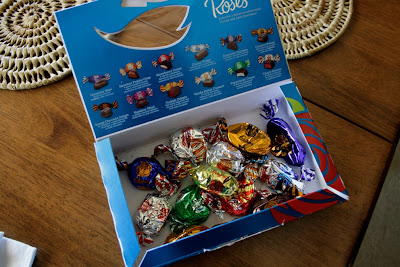 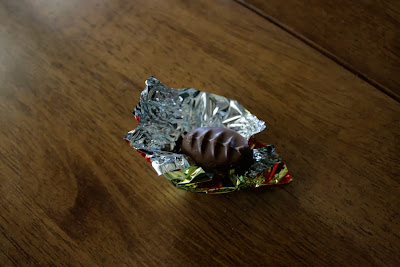 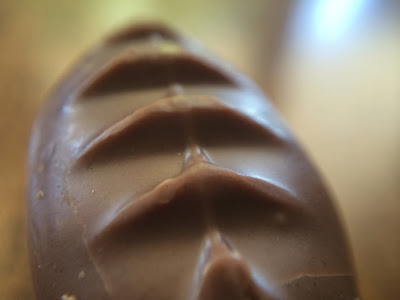 
I have a new part-time job.  I'm going up to Auckland every now and then to organise and document a private collection of rare art and artifacts - mostly from India, Tibet, Mongolia and Afghanistan.
As you can imagine, it's fascinating work, not least because the collector has so many stories to tell of his lifetime of travel and work in these countries.

My room is on the top floor and has a balcony overlooking an inner arm of the harbour.
As the sun went down : 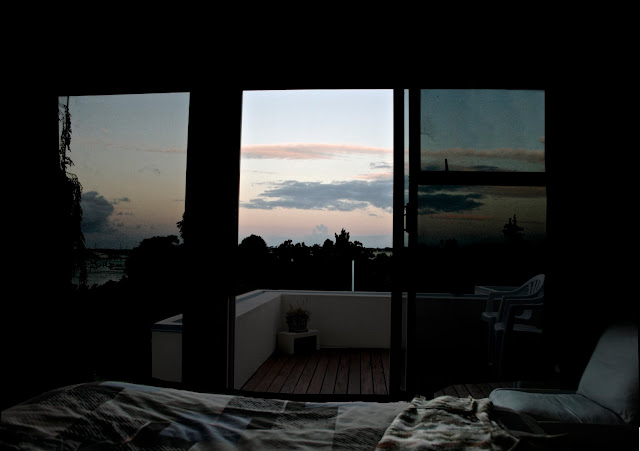 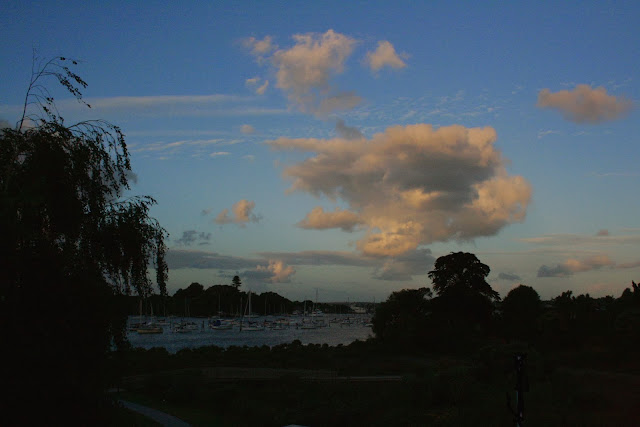 And as if this wasn't lovely enough, I sat on my bed and watched as the full moon rose directly in front of me. 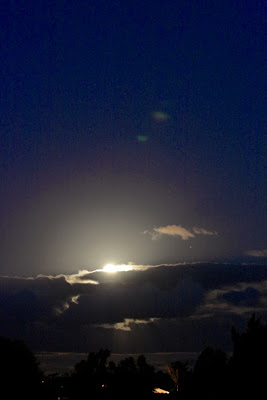 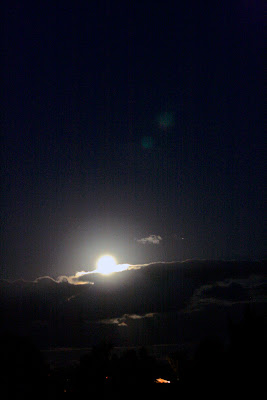 And in the morning: 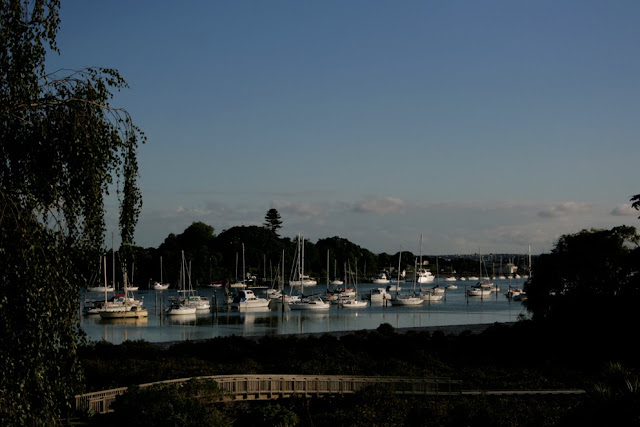 On one side, as the urban moon goes down ... 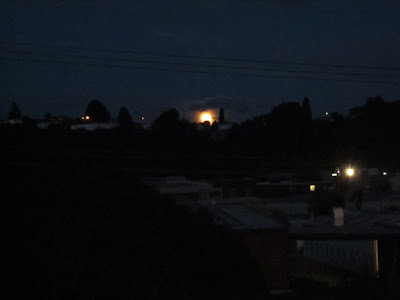 ... I can crouch in the grass at the top of the park and pretend I am back in the country. It's 5.05 am and here I am in the blissful cool of the pre-dawn, watching the sun begin to lighten the sky.  Going to be another scorcher... 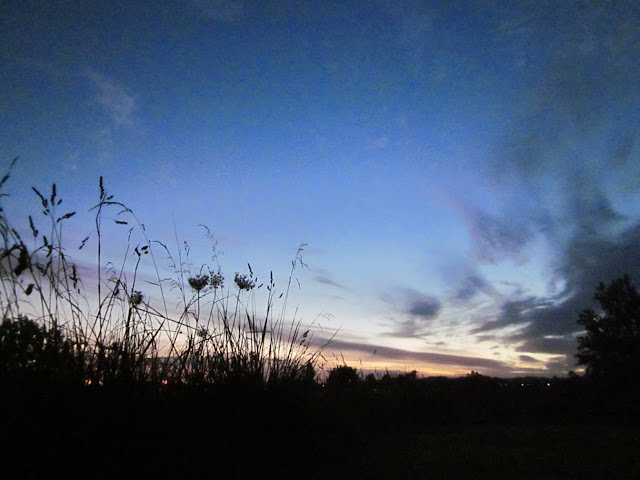 Her Favourite Things - a Painting

I suspect most people like things mostly for their associations.
I have a stone that I picked up off a beach.  It is not a stone, it's a whole stretch of stony beach on a misty morning. And it's the people I was staying with, and the memories of the laughs and food we shared, and their children's funny sayings, and the soft Dublin accent and the beer we tried, and the moonlight over Skerries harbour from the pub window and ... everything.  In one stone.

I was recently commissioned to make a painting of someone's favourite things.
So I went to the house (while she was out - it was commissioned by her partner and it was a secret!) and took photos of all the things that had special meaning for her.

There was a favourite chair with a knitted rug over it, a stone feature wall, and a soft toy and a blue patterned teacup. There was a little table of ceramic birds and a low table with a collection of shells and binoculars. There was a painting, a view from a window, and books, and a sweet violets on a never-used tea-set ...

I thought these two knights could 'stand guard' either side of the painting. 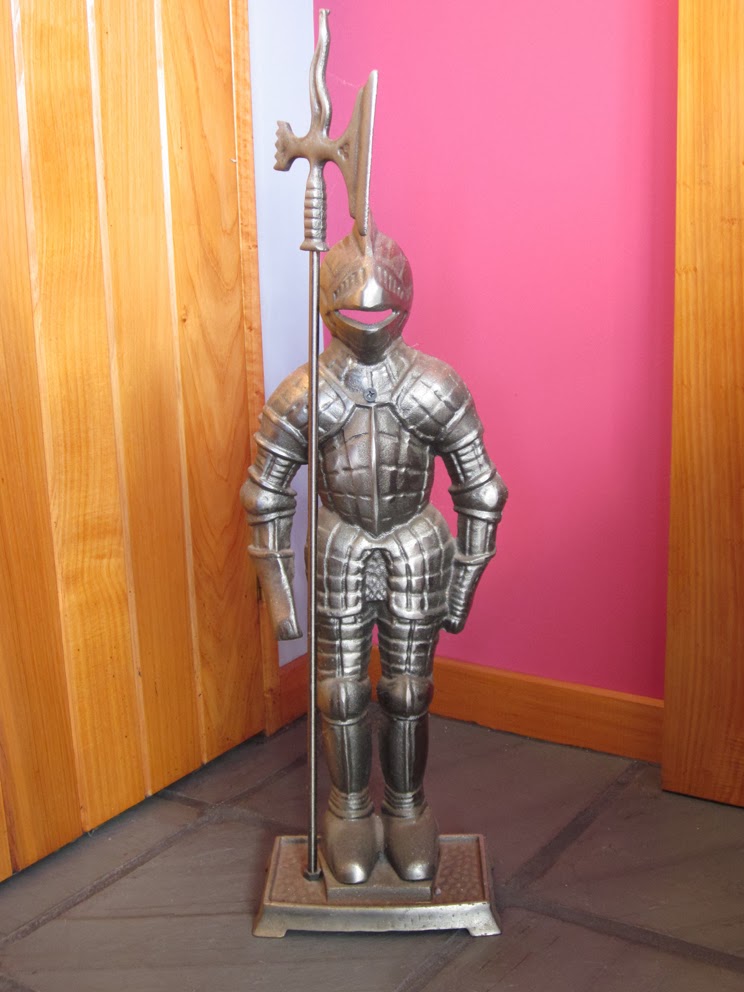 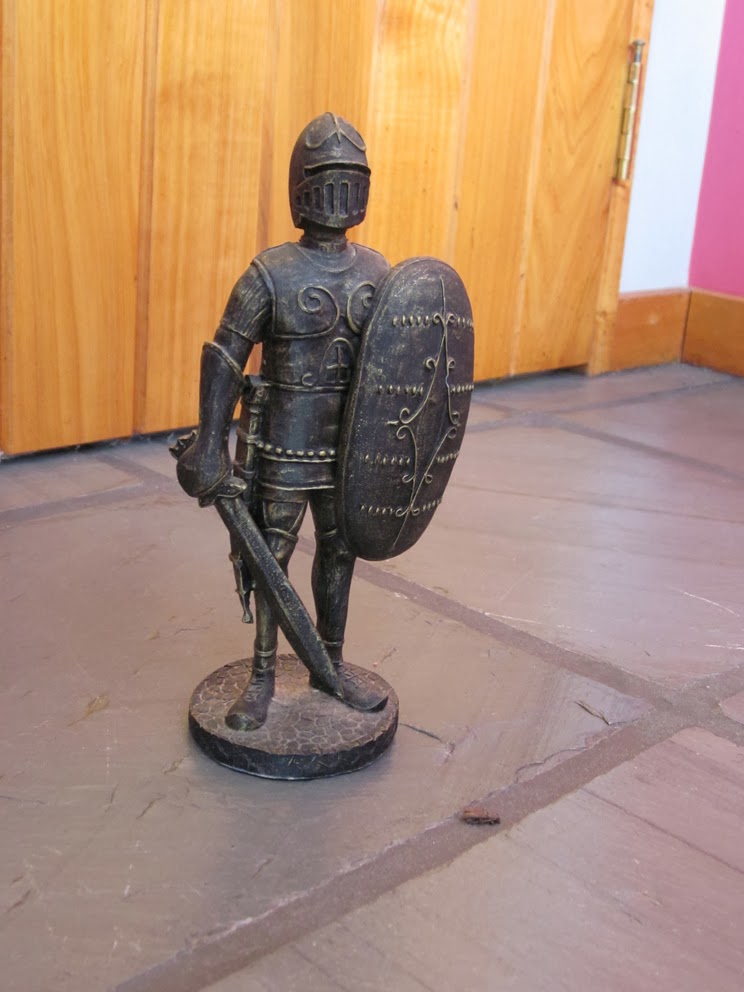 I printed out the images and cut the objects out and arranged them on my piece of paper and rearranged and rearranged again and again until I was happy with the composition. This stage took a long time and at one point I despaired of it ever coming together.
In the end I realised I didn't have to keep to the right sizes.  So I blew some things up much larger than others, as I needed some bold shapes here or there. Some very brightly coloured things I shrunk in size because they would have overwhelmed the composition too much. I tried to link detail and subject sometimes, and other times I spread them around (like the tea-set violets) so the painting wouldn't look too disjointed, with too many disparate bits.  The huge teddy bear had to be in the centre, because it was so bold, looking out at the viewer with his direct gaze.

I had a brain-wave:  I would put the lady's previous husband (sadly deceased) inside one of the knights, and her new partner (who was commissioning me) in the other.  (He was a bit shy about this idea, but I crossed my fingers and did it anyway, hoping he would like it when it was done.)


I felt it best to break up the teddies.
Blue Ted went on the new partner knight's shoulders, because this painting is a birthday gift from him to her.

You can see I have had trouble with the binoculars already.  They had to be right, because the lady is a birder!  The ellipses wouldn't behave themselves.

Nearly time to pick up the brushes!
When I began thinking about the colours, I realised that there weren't very many brights at all.  Most of the things were rather grey or brown.  Only the chair and rug was pink, Birthday Ted was cobalt blue, and there was a soft toy clown with red stripes.  I decided each of the knights needed a pink rose as a sign of his affection.  No roses in the garden but plenty of pink abutilon.  They will do.  Photographed them at different angles and drew them on.  Two was wrong so added a third.  Odd numbers are better. 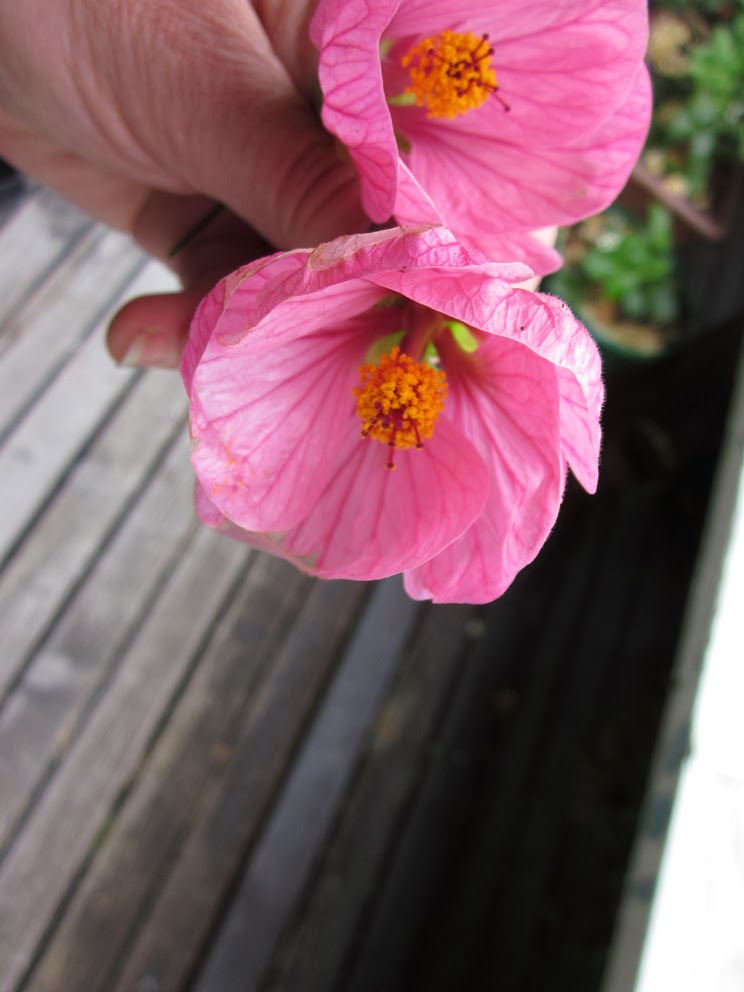 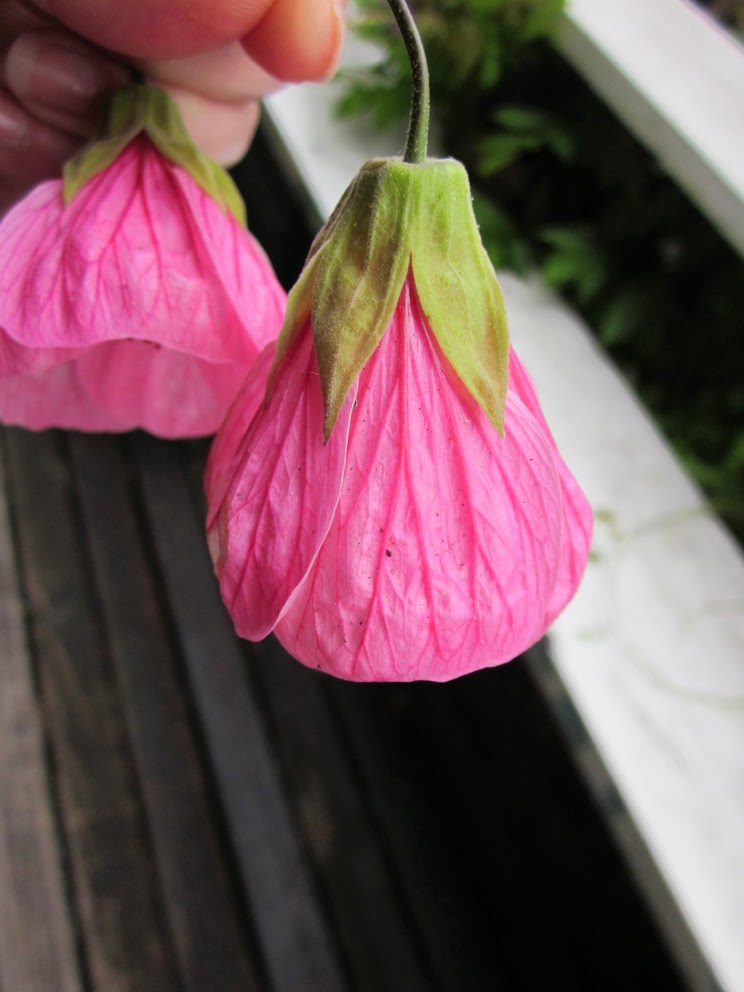 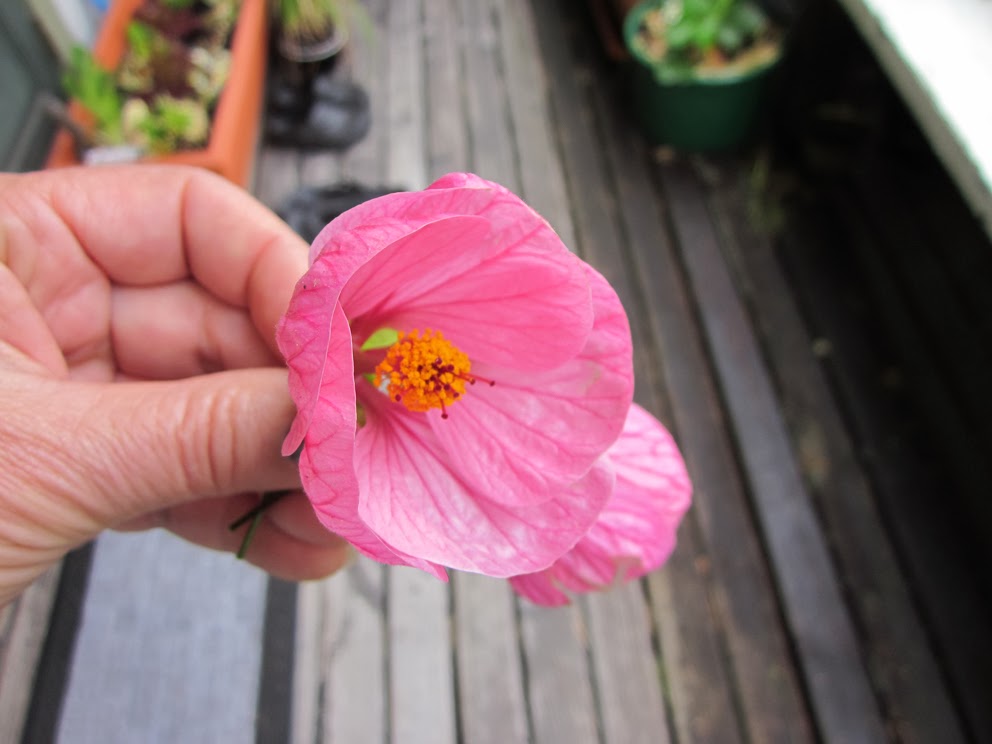 Off we go with the watercolours: 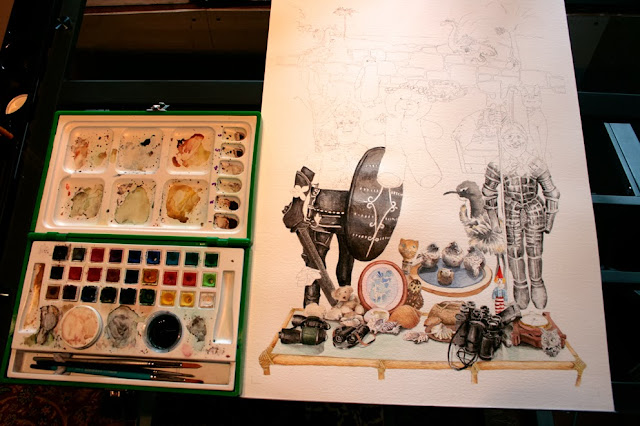 
Next: erasing most of the pencil lines.  I go carefully and use a very soft eraser.  I don't want to lift off any pigment, nor scuff up the paper.


My next job is to sign this work.  I will 'enscribe' it on the barometer at the lower right.
Then a light spray of matt fixative and it's done.
This one has taken four weeks, about 40 hours total.

And has given me great pleasure.

Sincere thanks to the couple for whom this was painted, for giving me permission to share these processes and images.