A Pukeko in a Punga Tree


The other day I was wandering along the top of the bank so I took a picture as I thought you might like to see the lovely view I look out upon every day. 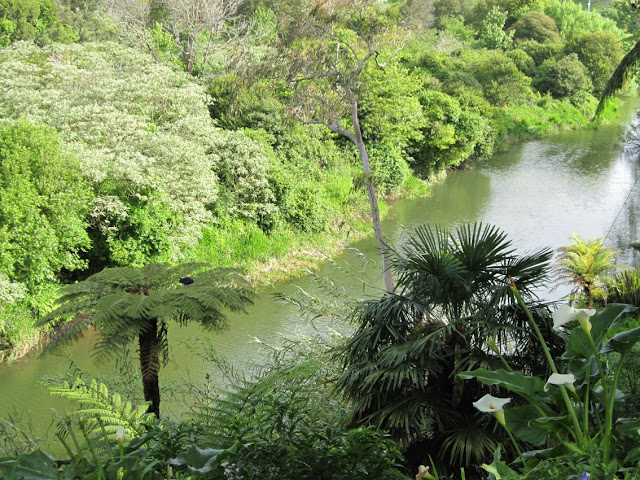 Then I noticed some movement in the top of one of the pungas (tree ferns)... that one on the left.  I've drawn an arrow to the big dark blue bird. 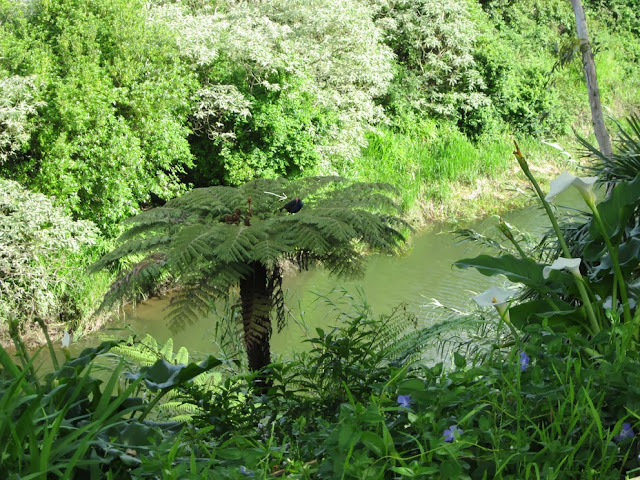 About the time I noticed it, it also became aware of me on top of the bank and began to 'chuck chuck' and flick its tail nervously, showing the white flash underneath. 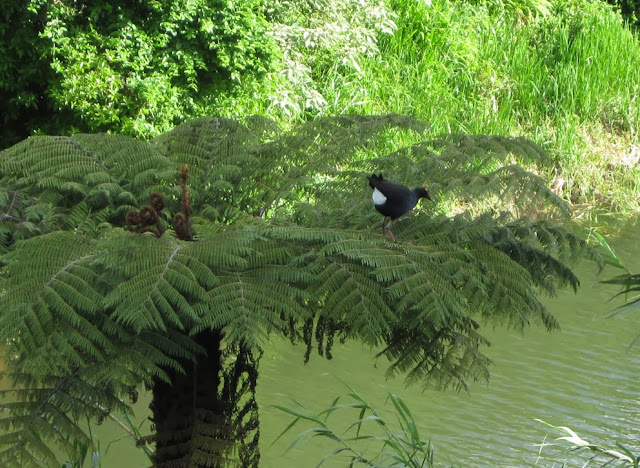 And shortly afterwards it made its clumsy exit:


It was obvious that, with Christmas coming up, it was practicing, as Pukekos assuredly do at this time of year all over New Zealand, for a Christmas production of 'A Pukeko in a Ponga Tree'.

In 1981 Kingi Ihaka wrote the words to (and Dick Frizzell illustrated) a book / song which has become, at least among some New Zealanders, The New Zealand Christmas Song.


Sung to the tune of 'A Partridge in a Pear Tree', the song goes through a collection of iconic and unique
New Zealand creatures.  The book is still a steady seller.

A Pukeko in a Ponga Tree

On the third day of Christmas... 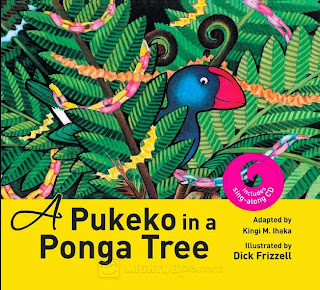 1. Pukeko (Poo - care - kor) : type of bird found in NZ, known as a NZ Swamp hen.  Found in many other parts of the world too.
2. Ponga (pung-ah) : giant fern tree that grows in NZ
3. Kumera (Koo - ma - rah): a yellow sweet potato with a purple skin
4. Piupiu (pew - pew): a skirt or kilt made from strips of flax. They look like hula skirts. They're worn by the Maori (indigenous people of NZ) during certain traditional dances and special celebrations
5. Haka (Har - kar): war songs traditionaly sung before charging
6. Pipi (Pee - pee): clam, small shellfish
7. Puha (Poo - har): a type of sow thistle that is eaten as a vegetable in NZ
8. Pois (poy): Maori word for ball – they're two balls on the end of two ropes and they're twirled around making patterns during some Maori dances
9. Huhu (Hoo -hoo) grubs: a small edible grub or beetle found in NZ.  It was a delicacy of the Maori

Note about the words "piupius", "pipis" and "pois": Normally you don't find the letter "s" in the Maori language. But this song being English uses it to indicate plurals.

You can go here to hear a rendition of this song in a typical New Zealand accent.
I take no responsibility for it.