Chopping down the Tree.

When we first came to this house nineteen year ago there was a row of huge, high macrocarpa trees between us and the road.  As time went on, it was clear that the drastic trim they'd been given by the previous owners had allowed canker to get in and all but one were removed, at my suggestion, by the council.
Sadly, after ten years, the last one also got a bug.  Yesterday the 'Arbour Care' blokes arrived to do the deed.  It took about four hours and was done carefully and meticulously, given the narrow strip available to drop into, the nearness of the road (two metres away) and the proximity of my fence (two metres in the other direction).

Here's the process in pictures.  Most of these were taken from my front verandah. 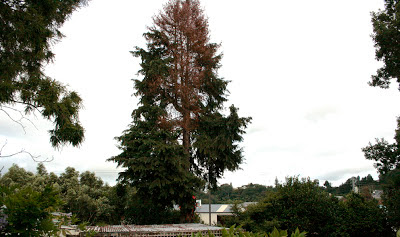 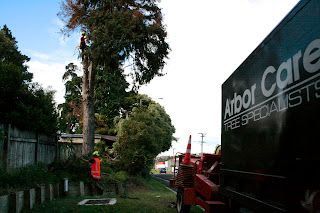 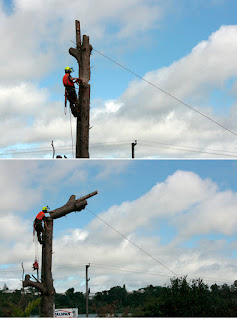 From now on the process just involved cutting bits from the remaining trunk ... 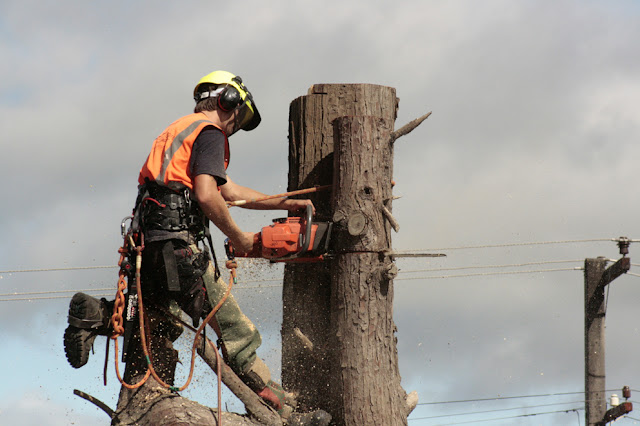 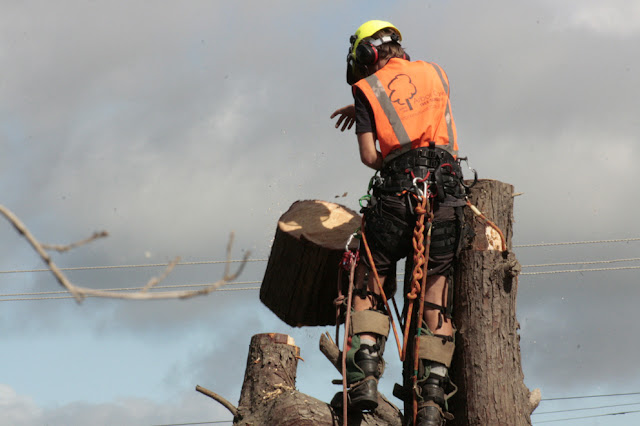 ... until all that was left was a gigantic pile of wood, unfortunately with all the small stuff underneath and the most humoungous slices on top. (Branches and leaves had all disappeared into the chipper).

It took me the rest of the day to lug and roll the wood through the little side gate and into and in front of the carport. The bad news is it still has to be stacked, and later split, and there's no room for the car.

The good news is that I have about four years of firewood for free.  Yay! 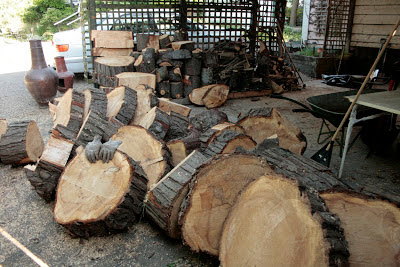 Also there's now an unimpeded view to the west so we can look out of the lounge window and watch the sun sinking down and the sky in all its soft crepuscular glory! 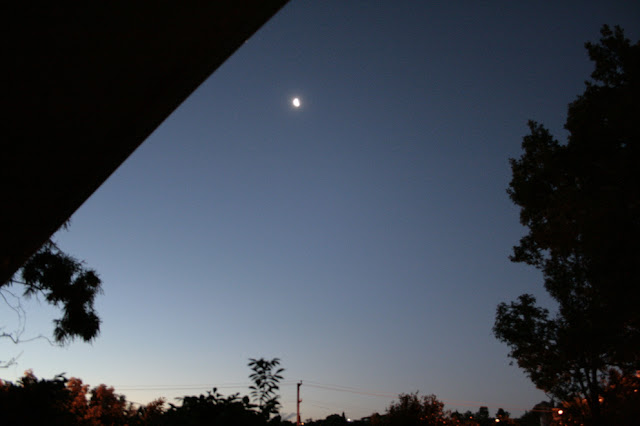