This year I've been introduced to the craft of weaving with New Zealand flax (Maori: Harakeke, Latin:  Phormium spp.)
As I'm by no means skilled, at this point I'll direct you to a super website that will give you some background to this interesting world:  Ali Brown's website.
The New Zealand flax bears little resemblance to the Northern hemisphere flax   (a linseed plant with pretty blue flowers) but actually looks like a massive clump of grass with orange or red flowers from which the tui bird loves to sip nectar.

In a rather laborious process, the silky fibres of Phormium can be stripped out and used for a variety of purposes, or the leaves can be used more or less as they are and woven into baskets called Kete.
First you cut the leaves at the base of the plant, angling the cut away so the rain doesn't rot the centre of the clump. 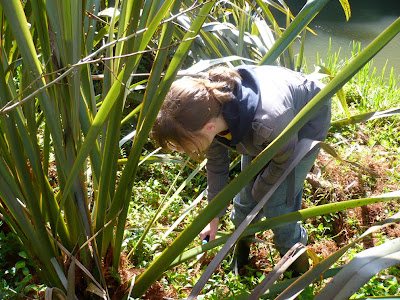 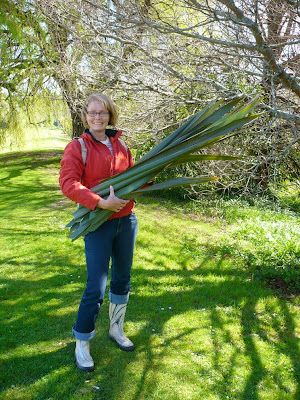 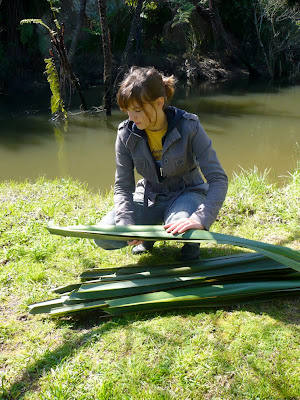 Then the hard centre midrib and the thin outside edge is pinched out and pulled away and discarded. 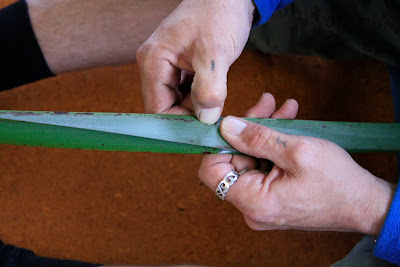 The centre part of the leaves is then divided into even widths.  Then the leaf is pulled across something firm to soften the strip.  It can also be blanched in boiling water at this point if you don't want to weave immediately. 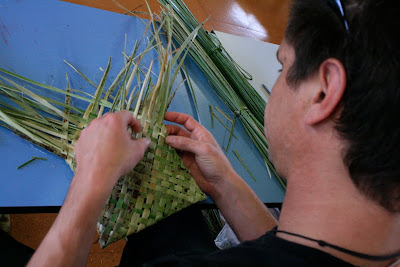 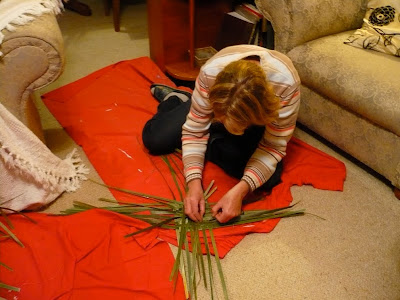 There are many beautiful patterns, some involving the leaves dyed as well. 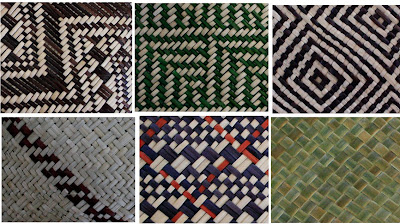 But even with just a simple over and under method we had a lot of fun, and were proud of our first efforts. 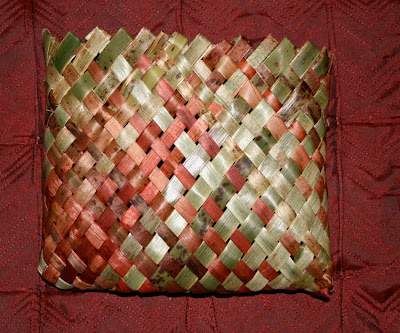