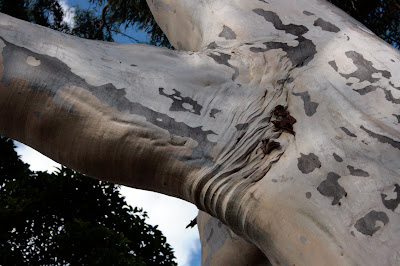 I now have it on the best authority (Tony's fabulous 49 year-old restaurant on Wellesley Street) that this wonderful tree (and its neighbours) have been cut down over the weekend. I posted about it here in May 2010, because, at the time, it was about the best thing I experienced on a trip I had made up to Auckland.
What a terrible pity.
Thank you to the anonymous commenter who drew it to my attention.
The woman I spoke to at Tony's said she thought it was because a block of apartments were going up nearby.