Today most New Zealanders will vote in the general election.  I have never before felt so invested in an election outcome.  Scotland's majority went with the status quo.  I suspect we will too.  The thought depresses me greatly. But suffice to say that I am nervous to express anything much because it has been revealed this week that, even if not used, our government has for some time had the ability to surveil individual New Zealanders. Now, I'm sure my environmental concerns are not hidden, but also not terribly important to anyone in Wellington, but it's a little bit of a creepy feeling.
And depressing.

If your little sword is broken this time, come back to me, little vote.  And I shall let you free again in another three years. 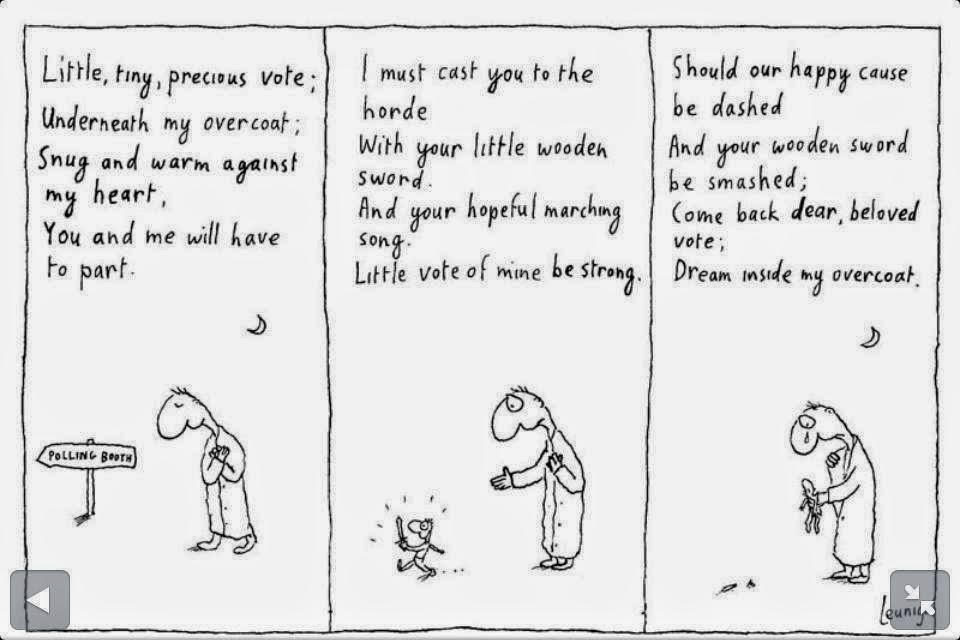