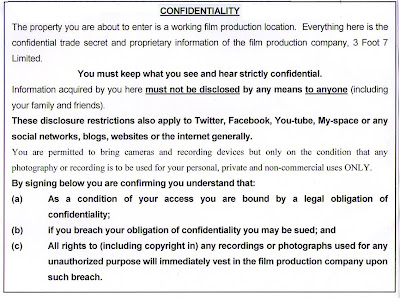 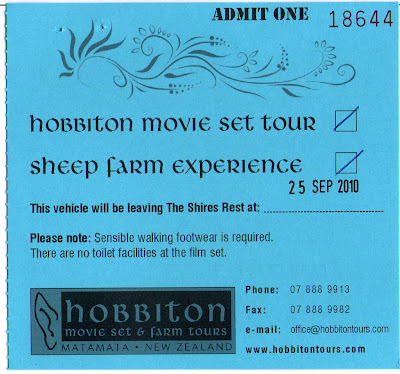 On Saturday my son and I did the tour of the Alexander's farm near Matamata where the
Hobbiton set for the Lord of the Rings trilogy was filmed. I have been there before, almost exactly a year ago, for I remember that the new spring lambs were leaping all over the place then too.
This time there are many changes. Despite the recent news about actors' unions, preparations are in evidence everywhere and 'Hobbiton' is well on the way to being re-created with even more care and attention to detail than ever before. It was really wonderful to see everything in progress, and be given such a marvelous lot of information. And we took about 180 photos. However, as you see by the contract we each had to sign, I am not permitted to show you a single one, nor disclose anything!
So, all I can say is that we both highly recommend the tour to anyone, even if you are not a fan of the movies. It's a magical place already, and going to be even more so.