It's all very exciting!  My oldest son and his partner are getting married at the beginning of October.
My prospective daughter-in-law's parents are Punjabi Sikhs and so the ceremonies around this occasion are, to my eyes, wonderfully intriguing and protracted.  The occasion usually takes place over two weeks, but due to financial and time constraints, this wedding will be just over three days. On the first day 'Maiyan' will take place.  Thomas and Havinder will be, among other things, washed with turmeric, be-bangled, danced and hennaed
Here is some of the information we have been given.


The Punjabi wedding preparation ceremonies are known as Maiyan. We will be performing Vatna, Mehndi, Jaggo and Choora. Sangeet, Giddha and Bhangra will be present throughout the day - singing and dancing.
Everyone celebrates differently, some of these ceremonies are described in more detail on wikipedia.
Vatna the bride and groom are washed with turmeric, mustard oil and chick pea flour.
Mehndi, also known as Henna, is a paste used to draw designs on the skin.
Jaggo is celebration dancing and loud noises to invite the neighbours to the wedding (symbolically, not literally).
Choora are bangles worn by the bride.

The next day the ceremony takes place in the Temple. Apparently the groom's side (that includes me!) are meant to dance into the Temple. Eeek.

Anand Karaj literally translates as "Blissful Union" and is the Sikh marriage ceremony in which two individuals are joined in an equal partnership. A Sikh wedding involves greetings, breakfast, the ceremony, lunch and farewell.
Milni the bride’s side act as hosts and welcome the groom’s side to the temple and to the wedding. The bride herself remains in a back room of the temple until the beginning of the ceremony.
Breakfast is then served to the arriving guests.
During the ceremony men sit on one side of the temple hall and women on the other side. The groom takes his place in front of Sri Guru Granth Sahib, the Sikh holy text. The bride joins him.
The ceremony starts with Ardās, a Sikh prayer said before and after events. At various time during the ceremony everyone will be called to stand and sit.
The father of the bride then places one end of a scarf or sash worn by the groom over his shoulders in his daughters hand signifying that she is now leaving his care to join her husbands.
The Lavan hymn of Guru Ram Das is then recited in four stanzas. At the end of each stanza the groom and bride walk clockwise around Sri Guru Granth Sahib. The Lavan hymn describes the progression of love between a husband and wife which is comparable to that between the soul (bride) and God (the husband).
The Anand hymn by Guru Amar Das is then recited. During the start and the end of the ceremony Kirtan is practiced. This involves chanting with a musical accompaniment.
Hukamnama. Sri Guru Granth Sahib is opened to any page at random and the hymn is read out as the days order from the Guru for the occasion.
Karah Prashad the ceremonial sacramental pudding is given to everyone to mark the end of the ceremony.
The ceremony lasts for about two hours
Lunch is then served in Langar.
At around 1pm the Bride and Groom are sent off in Dholi.
In the evening we will all go out to the wedding reception location by the beach and have lots of food and talking and, if Havinder's family are in usual form, huge amounts of food, laughter and talk.  I can hardly wait!

Meantime, I am going to make my outfit!
I have a length of dark green bordered silk to make into a dress, a paler green silk scarf (to cover my head in the temple) and also a hand-embroidered phulkari that Havi's mum and dad gave me, that I hope to make into a jacket.  I will also need the baggy Punjabi pants under everything, probably in black. 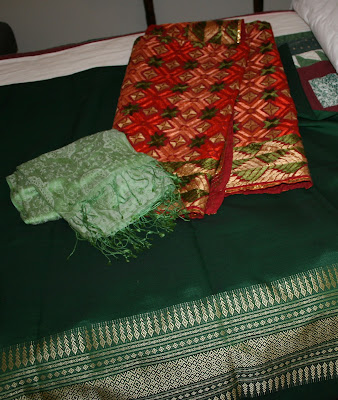 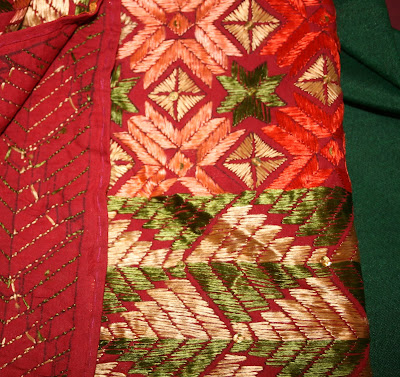 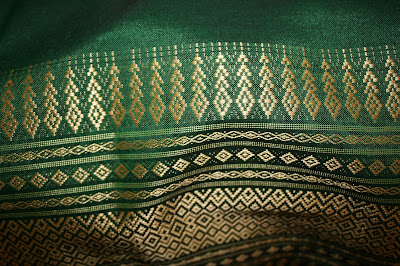 The jacket pattern (I won't put on the pockets) : 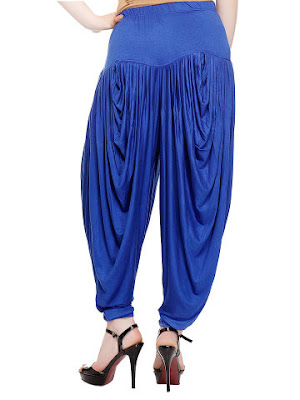 The (very) general look I am going for: 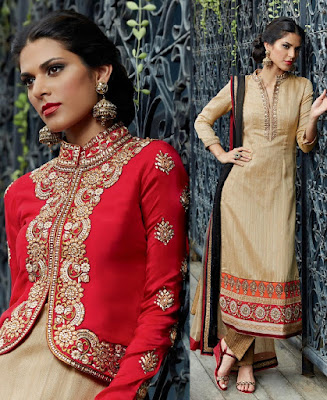