Dad was a cartographer.  Perhaps then it's not surprising then that from an early age I have had a fascination for maps, plans and diagrams. I am told the first recognisable drawing I ever did was a map of our village roundabout, with all the roads coming off it.
I have quite a few books on the subjects of maps and plans, but there are at least two books I would like to own but don't yet:

1. Simon Winchester's book  The Map That Changed the World - about William 'Strata' Smith (23 March 1769 – 28 August 1839), his life, and his marvelous geological map that he painstakingly compiled from years of observation and data and fossil collection. (Darwin used it to help him formulate some of his evolutionary theory!) 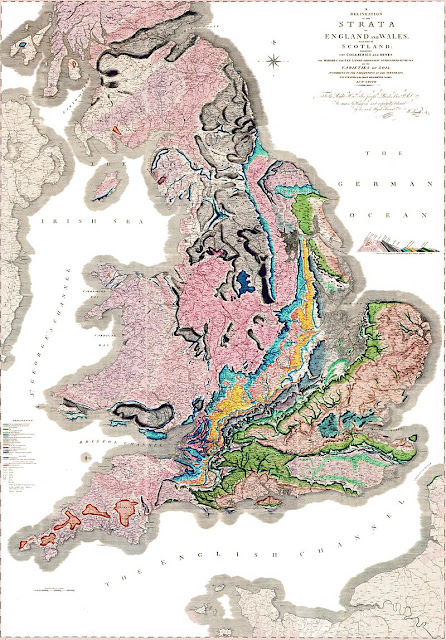 2. Matteo Pericoli's (click) 26 foot long accordion book London Unfurled of drawings of the north bank of London from the Thames.
(Unfortunately it's unobtainable at the moment, but I've put my email address to be contacted.) 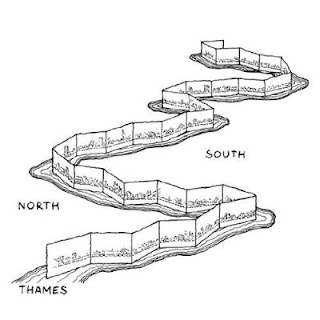 Here is a clip of him unrolling his sketch for us.  It was based on over 6,000 photos that he took.