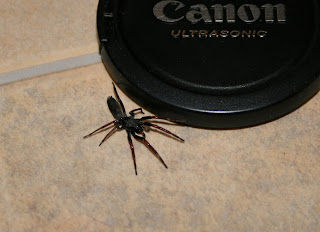 Now don't get me wrong. I've nothing against Australians in general terms. Except maybe the accent. But I DO NOT LIKE this relatively new Australian that has made its home in New Zealand. Its prey is the little grey house-spiders, and it eats at night, so it's often hiding under the window-sills during the day ... or, having come in the windows to stalk your spiders inside, it has found that pile of clothes on the floor to nap in during the day.

And white-tailed spiders can bite.  Hard.  It REALLY, REALLY hurts.  Imagine the worst wasp-sting conceivable and multiply it to the point where all you can do is sit in the garden, squashing the annuals you've just planted, and rock, moaning, holding onto a place with two minute fang-holes, with tears rolling down your face for ten minutes.  That's what it can be like.*
The good news is that after about the ten minutes of agony, the pain fades and within another 30 seconds you are up on your feet, feeling slightly foolish, hoping the neighbours didn't hear the moans and trying to resurrect the plants you sat on. 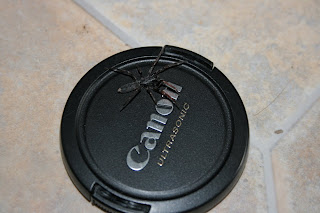 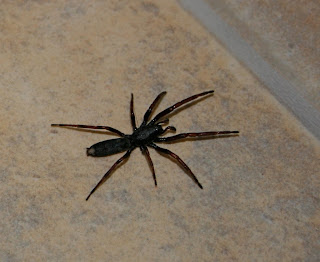 This big one has just been dispatched after giving me a big fright as it strolled across my keyboard just now.  Waaaooh!


* There have been anecdotal reports of some people needing to be hospitalised after developing necrotic ulcers, but these are unconfirmed.