Near Malmö, we popped in to see what the Swedes do with their rubbish.  I took photos mostly for my daughter, as she and I are very interested in sustainable living, and, preferably, ZERO waste generation.
I don't know the words, but you can see how many different recycling categories there are. 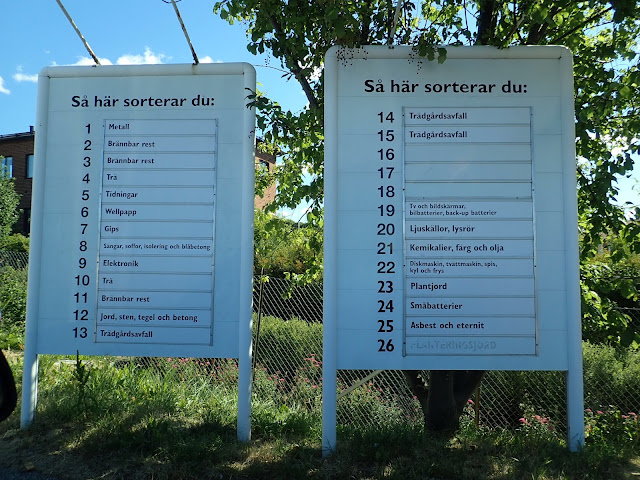 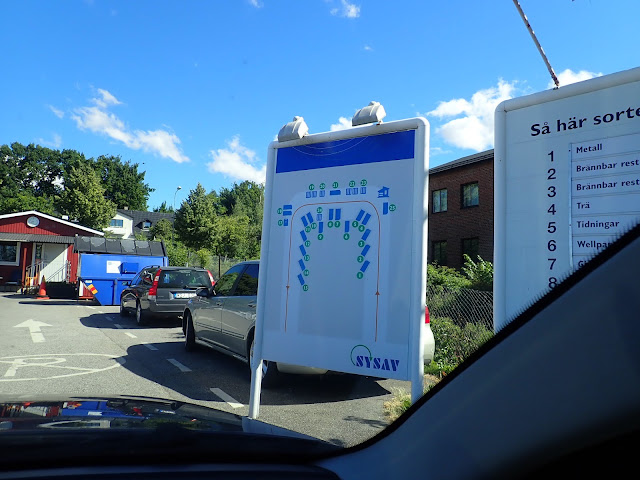 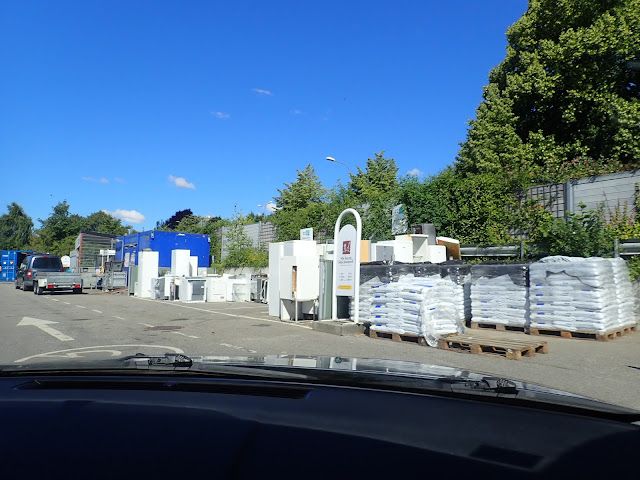 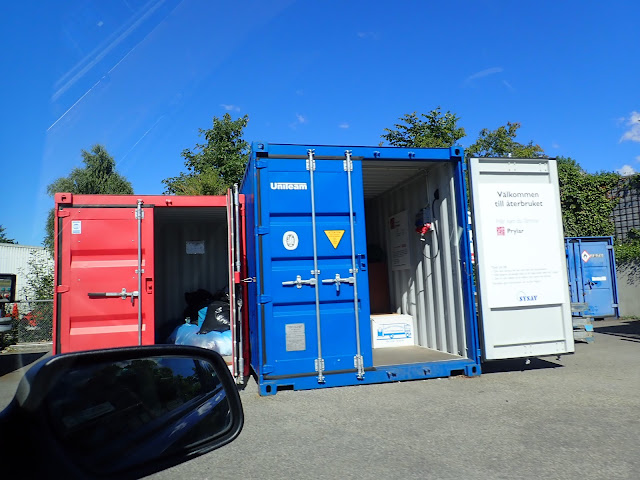 It was appropriate that afterwards, back on the road again, the next photo I took was a wind generator. Roy said the noise can be quite bothersome for people who have to live nearby.  Some liken it to a Chinese water torture or a dripping tap - whoosh ... whoosh ... whoosh ... whoosh ... all day, every day and all night too.
However to just see them as one whooshes silently drives past in a car, I think they are rather stunning.  Especially against the bright blue Swedish sky.  Incidentally, someone told me that's where the flag comes from - the yellow wheat and the blue sky. Makes sense. Except wiki doesn't mention this but tells me blue and yellow have been used as Swedish colours at least since King Magnus III's royal coat of arms of 1275.  Perhaps King Magnus was inspired by the blue sky and the yellow wheat. 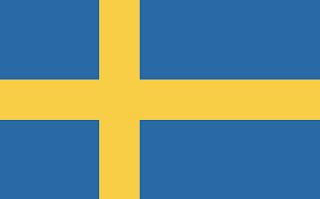