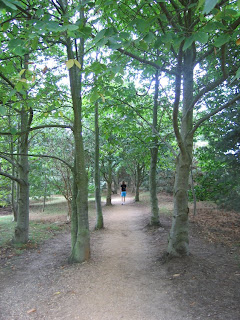 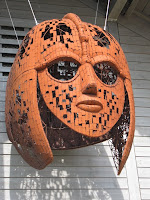 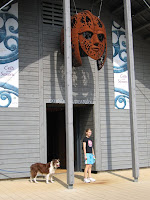 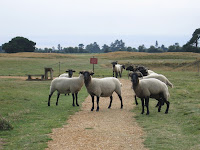 Today N. and I went for a journey by ourselves.  We took John and Dot's car to Woodbridge and thence to Sutton Hoo.  This is a fascinating place.
On the top of a hill opposite the old river port of Woodbridge, for about 50 years in the early 7th  century (after the Romans had withdrawn from Britain), a group of Anglo-Saxon aristocrats were buried here... 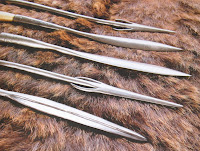 ...culminating in two special high-status burials of ships under high mounds, well visible to visitors from the sea and sending the message that here was a land of power.
One of these ships was found to contain what is believed to be the remains, helmet, gold jewellery (of very fine workmanship), swords and hanging bowls etc of Raedwald the great pagan king (who we know died about 625). 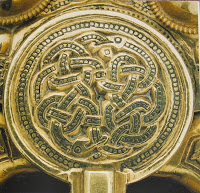 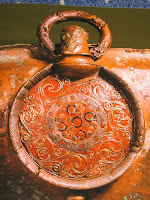 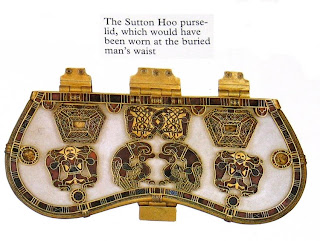 We walked around the site and viewed the reconstructed mounds,which had been excavated in 1938- 39, just before WW2.  The museum was wonderful, and we watched a brilliant audio-visual, which moved me to feel a strong sense that this was my own history, my own stories and background.  I had a great and sudden recognition in my heart - a feeling of belonging to a past that stretches back, far further than I've been aware of before ... I knew this stuff, but never really felt it before today.  Lovely feeling.
"The Sutton Hoo house and estate was owned by Mrs Edith Pretty, whose interest in spiritualism after the death of her husband, led to the excavation of the old mounds on the property.  Basil Brown, archeologist, was assisted by Mrs Pretty's gardener and also the gamekeeper." 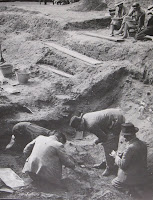 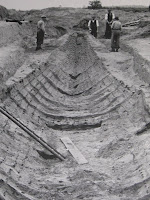 "They laid then the beloved chieftain, giver of rings, on the ship's bosom, glorious by the mast.  There were brought many treasures, ornaments from far-off lands.  Never have I heard that a vessel was more fairly fitted-out with war-weapons and battle-raiment, swords and coats of mail.  On his bosom lay a host of treasures, where were to travel with him into the power of the flood."  - Beowulf 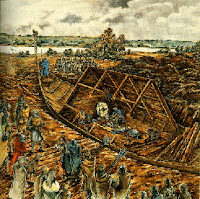 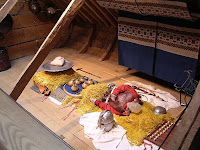 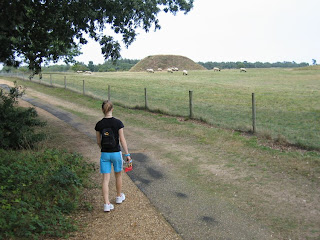 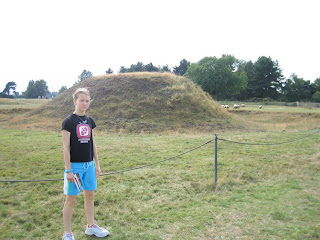