Early signs that winter is on its way... 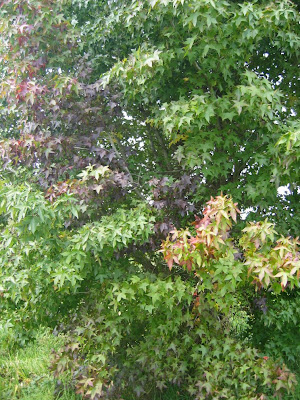 Went to the park today and noticed a couple of autumn features...  The first picture needs no explanation, and probably the second too, but I've added some dialogue because I'm feeling in a silly mood: 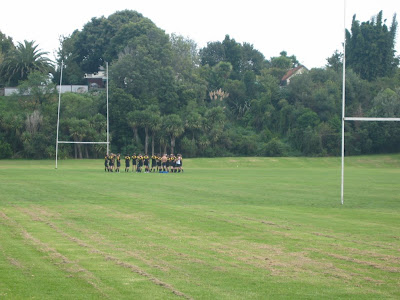 "Ok, guys, I know it's been about six months and you lost a lot of brain cells over Christmas, but I'll go over it again...  Now, this is the ball...  Yes I know it doesn't bounce straight because it's egg-shaped... it's to make the game harder.  What's that John?  Those H's?  They are goals... no, there are no nets, you kick the ball over them...  it's to make it harder.   No Henry, no padding, this is rugby, and we are hard men.  Now, put on your tape and bandages, and let's show our mate ol' Loosehead Len over there in the wheelchair a really good hard practice session, ok?"