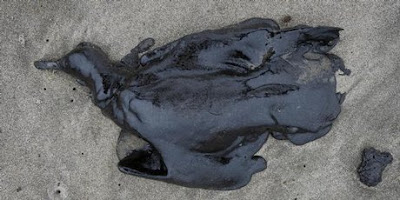 So far more than 200 birds have died from hypothermia from the oil coating their feathers, or poisoning from swallowing oil. A wandering albatross is one of the latest victims.
Coastamare, the Greek shipping company that owns the MV Rena, has said they will pay for the care and housing of up to 500 birds.
The captain of the Rena has been arrested and appeared in court yesterday. The second officer, who was on duty when the ship struck the reef, has also been charged.
Apparently the crew had intended to address back pay wage issues while they were in Tauranga. They were evacuated off the Rena on Tuesday and are staying in a local motel where rumour has it they celebrated the captain's 44th birthday last night.
About 70 containers of the 1368 have now gone overboard and at least one has washed up on the beach. Others are being battered to bits on rocks around the island of Motiti.
Containers vs oil: Expert Simon Boxall considers that the containers themselves, which often float just below the surface, and thus cannot be seen, are going to be the biggest worry - a potential hazard to boating and shipping. He says the oil can be cleaned up.
The eleven containers that contain toxic chemicals are still on board at this point. Expert Neil Curtis thinks they will not be too much of a problem as they are likely to leak only slowly and will be diluted. But that the 1700 tonnes of oil, if it leaks out, will be the disaster.
The fuel tanks on the ship have been capped and are intact. It is believed the leaked oil may have come from the keel duct or aft tank. It is hoped that the rest of the 1700 tonnes of fuel will be pumped out today.
There is a huge amount of oil on the beaches now, and politicians are saying it will be coming ashore for weeks or even months ahead.
The maximum the ship's owners would have to pay is 14 million. Costs for disasters like this in other places have run into the hundreds of millions. New Zealand taxpayers will have to pay any shortfall. 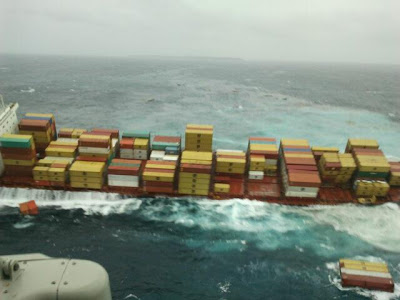 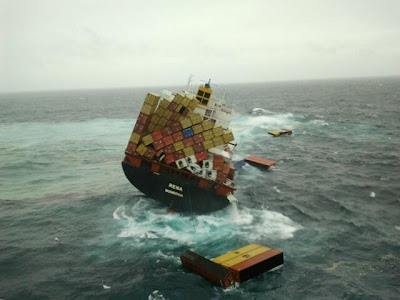 There is a huge crack in the hull of the Rena and tugs are there to take away the bit(s) that will float when it breaks up. 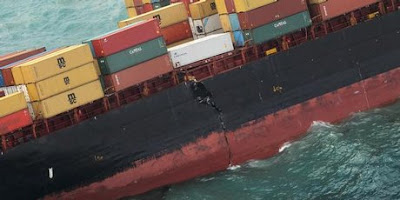 My son with his Post-grad biology qualification has volunteered to help with cleaning up wildlife and has had his name and number taken down.
Friends who live at the Mount near the beach have said that there is a strong smell of fuel in the air. Mount residents have been told to close their windows (!)
The Rhodes family had decided to leave Christchurch after the earthquakes and emigrate to Australia. Their entire household goods are in a container on the Rena.
News from the New Zealand Herald this morning